Cat’s owner thinks it has favourite flavour of catfood

A CAT owner believes her pet discriminates between different flavours of meat chunks.

Fisher said: “He’s a poultry-loving cat, as you can tell from the way he wolfs down the turkey chunks like a furry gourmet.

“Friends say he behaves similarly with the beef and salmon varieties but I know my cat, he’s just very intelligent and a bit of a ‘food’.”

“Those metallic catfood pouches are all the same anyway – they just get a goat that died of old age, pound it flat with mallets and then pour fat all over it. I saw it on a documentary.

“And to be honest, I wouldn’t have it any other way.”

Wearable tech allowing man to pretend he’s not showing off 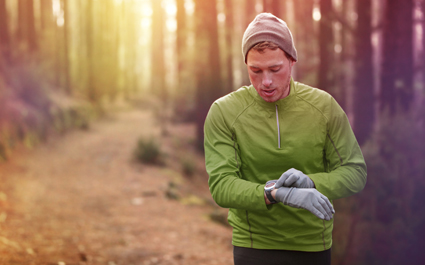 A MAN whose GPS sports watch automatically uploads his run times to Facebook has claimed he didn’t know it was happening.

Stephen Malley kept suspiciously quiet about the wearable technology he bought several weeks ago and has pleaded ignorance about the reason his fitness statistics keep appearing on Facebook.

Malley’s colleague Nikki Hollis said: “He never mentioned his new sports watch, but he did ostentatiously pull his shirt cuffs up whenever we were in the kitchen together, presumably so I would be impressed by the large ugly device on his wrist.

“Then the times and distances of his runs started appearing on Facebook. When someone asked Stephen about it, he said he couldn’t figure out how to stop it happening and it was actually really embarrassing.

“I mentioned that I thought it was unlikely that someone who can write computer code couldn’t change the settings in an app and he got really huffy with me.”

Professor Henry Brubaker of the Institute for Studies said: “People who post things like this to Facebook are insecure idiots. However, they shouldn’t be discouraged from it as it makes it helpfully clear who are the bellends.”