THE new Jurassic Park sequel features no peril because of improved health and safety at the dinosaur park.

Screenwriter Tom Booker said: “Obviously they’re already had a lot of mishaps at the park – like dinosaurs escaping, numerous people getting eaten and everything being reduced to twisted charred wreckage.

“So in this instalment they’ve got really high fences on the dinosaur enclosures, loads of guards and even a back-up generator so that if there’s a power cut the velociraptors don’t escape.

“We follow a family that visits the park, sees all the cool dinosaurs, buys some merchandise and then have a bit of an argument on the way home because the kids are over-tired.

“There is less excitement but realistically the park management are not going to fuck up again, they would get closed down for sure.” 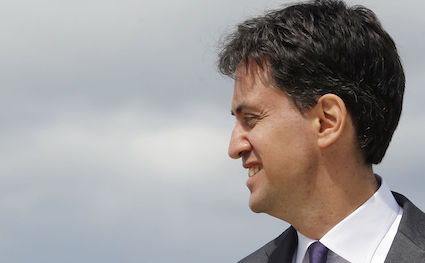 ED Miliband has revealed that he is struggling with his packed diary of PR blunders.

The Labour leader said: “As the election nears, I’m booked for up to three public fuck ups a day. That’s a lot, even for me.

“On Monday, I am attending a Championship fixture where a botched photo opportunity will see me grappling with a football mascot in a way that looks like I am sodomising it.

“Tuesday will see me set fire to a poppy field, again entirely by accident. Wednesday I’m going to casually kick a dried dog turd onto a war memorial flowerbed in the Home Counties.

“And on Saturday I will misread cue cards, pledging on television that every single foreign worker seeking employment in this country will get a blow job.”

A Labour spokesman said, “It is important that the public see the real Ed Miliband as he is – error-prone, not quite human and catastrophic in any social situation.”