Kate Bush to lead audience away like a pied piper

KATE Bush is to lure her audience away from London to a place from which they will never return.

The singer’s 22 gigs, which have attracted more than 65 per cent of Londons vinyl collectors, were organised by the Mayor of London to clear the city of an infestation of ‘sensitive’ people.

Johnson said: Men who read the liner notes while listening to albums and women who wear bangles and offer to read your tarot cards are a pestilence on our city.

“These people bore themselves into the very fabric of the capital, embedding themselves in wood-lined rooms with massive stereo speakers, and are almost impossible to root out.

Bush will lead the audience out of the venue, along the fairy-tale Hammersmith Flyover and finally to a mountain where they will be sealed inside listening to Hounds of Love for all eternity.

The mayor has no intention of paying Bush for the gigs, in the hope that she will punish London by luring away every teenager who listens to music on the bus without headphones. 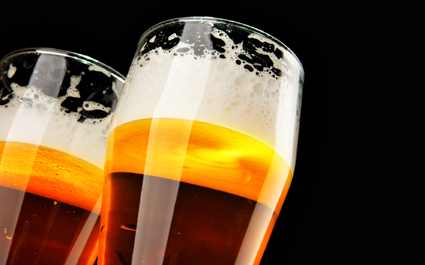 THE privileged young elite among Wetherspoon pub customers have been documenting their exploits on Instagram.

21-year-old Tom Logan said: “I’ve got a Lloyds debit card which allows me to take about £200 a day out of the cashpoint. So I max it out and hit the ‘Spoons.

“Sometimes I’ll have a lager, a pint of IPA and three packets of different-flavoured crisps on the go simultaneously.

“Haters gonna hate, but whatever.”

24-year-old Stephen Malley said: “Yesterday I lost £20 on the fruity but I didn’t even care because I’d had eight pints of craft ale.

“Then I had a burger, not just the normal one but the fancy one with cheese and bacon.

Malley described how his lavish spending habits attract a lot of attention from the opposite sex: “There’s always going to be hotties hanging around your table when you’ve got a gourmet burger.

“Sometimes I might toss them a chip, or half an onion ring, just to keep them interested.