Kate Bush warns everyone she now looks like Lemmy

KATE Bush has announced her first live shows for 35 years but warned fans she is not quite the same.

The reclusive Wuthering Heights star said that while she had continued to ‘explore her creative landscape’ she had forgotten to moisturise since 1987.

She added: “I’m an obsessive artist so I can spend months hunched over a piano in the dark, stopping only to wolf down a Monster Munch sandwich and a two litre bottle of home made wine.

“The point is, I look like Lemmy now. It took a bit of getting used to, but now I prefer it.

“Anyway, I’ve written 52 songs about butterflies which I think you’re going to enjoy.”

Vague feeling of emptiness over death of utter lunatic 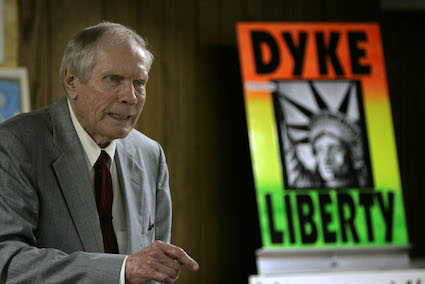 PEOPLE have been left feeling vaguely unsatisfied following the death of a stark raving madman.

As Westboro Baptist Church founder Fred Phelps died, many agreed they would have been much happier about the news if he had been even remotely sane.

“The manifestation of his psychosis was given a hefty nudge by his religion, but he could just as easily have wound up picketing duck ponds with angry placards about Sesame Street. But that may not have been interesting to Louis Theroux.

“You should never have heard of him.”