MONKEY trainer Jeremy Kyle was left shaken last night after one of his creatures struck him on the head with a handful of fresh droppings.

The animal lashed out on live TV after Kyle had attempted to manipulate it with a series of powerful electric shocks via a remotely controlled neck collar.

After shocking it for the 14th time, the creature became quiet and subdued. But as Kyle turned back towards the studio audience it jumped down from its stool and adopted a squatting position before defecating into its hand.

Delighted TV viewers watched as the monkey sniffed the faeces, licked it and then threw it, with full force, at the back of Kyle’s head.

As the presenter stumbled forward, security staff moved in, firing at least five tranquiliser darts into the animal and using long poles to deliver yet more electric shocks to its groin, armpits and face.

Audience members cheered and whistled as the beast lay twitching and writhing on the floor for around 30 seconds. It then urinated on itself and went limp before being lifted into a wheelbarrow and returned to its concrete pen.

Viewer Emma Bradford said: “The poo was very soft – I imagine it’s a side effect from all the electric shocks – so it really stuck in Jeremy’s hair. It was as if he had been hit with a big handful of chocolate custard. They should do that everyday until I get bored of it.”

A spokesman for the show said: “It was upsetting for Jeremy. He has a very close bond with all his monkeys. They see him as a troupe leader, a father and a mother all rolled into one. So we’ll probably have to increase the voltage on the collars.

“We’ll also have to look again at whether we are getting them too drunk before the show, or nowhere near drunk enough.”

The spokesman also rejected claims the animals have been trained to throw their faeces, insisting: “It’s the spontaneity you get from a load of angry, pissed-up monkeys being given a series of massive electric shocks that makes it so magnificently watchable.”

Neanderthal Man 'Was Capable Of Being A Prick' 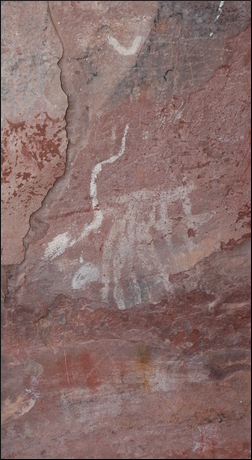 EARLY man often indulged in intolerable behaviour similar to that of modern-day pricks, it has emerged.

Archaeological evidence discovered by the Institute for Studies could overturn previous assertions that Neanderthals, although frequently brutish and warlike, were not capable of being pricks in the commonly-understood sense of the word.

Professor Henry Brubaker said: “We had assumed that the phenomenon of prickishness developed far, far later in human history, in the Middle Ages when houses first started to be bought and sold, and the newly-moneyed individuals involved in this trade began to affect flamboyant footwear and refer to themselves in the third person.

“Given the constant struggle for survival that was life in the Late Pleistocene era, you wouldn’t have thought that early hominids would have had time to get all full of themselves and annoying.

“But on this latest expedition we discovered cave paintings depicting petty boundary disputes, and scenes where a given individual appeared to roll up after another tribe had been decimated by a pestilence, seemingly just to convey the information that his tribe has been unaffected and had in fact been enjoying tremendous success at meat-getting.”

It is unclear whether being a prick conferred any evolutionary advantage.

Professor Brubaker added: “Crude symbols on the entrance to one particularly ancient cave network appear to translate as ‘no turning’. It’s not clear what might have been turning, perhaps some sort of very crude hand-pulled cart.

“And a row of small boulders outside the cave door appear to fulfill the same function as bollards, namely to prevent parking.

“I mean, imagine doing that before cars even existed. You’d have to be such a fucking prick.”