EX-OASIS vocalist Liam Gallagher has sadly spoiled the great joy he brings to the world by insisting on making a record.

Gallagher’s solo album As You Were was released today, casting a terrible shadow over his promising new career as a man who swears creatively on YouTube.

NME writer Tom Logan said: “Why can’t he stick to picking fights with his brother? Why this?

“Now everyone’s going to have to talk about his music as if it had some kind of value just because they want him to come on their shows and call Noel a fucking potato.

“Liam is the last great rock’n’roll star, he’s got attitude, swagger, wit, brio. It’s just a shame he has to go and ruin all that by recording albums.

“It’s like when you were laughing away at The Young Ones and suddenly it cuts to Dexy’s Midnight Runners. Really ruins the fun.” 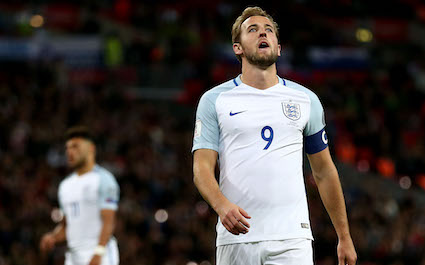 ENGLAND have qualified for the 2018 World Cup finals in Russia despite their deep misgivings about doing so.

The team triumphed over Slovenia via a last-minute impulsive goal after spending 90 minutes wondering if this was even a good idea.

“I didn’t have any plans for next summer anyway apart from moving to Madrid, and apparently Russia’s nice and after we’ve got our three games out of the way there’ll be plenty of time to look around.

“I’d describe the mood in the dressing room as a bit like when the missus booked us tickets to see Britney in Vegas, which she had talked about but I sort of hadn’t realised was actually serious until it happened. That kind of feeling.

“Anyway the gaffer gave a really stirring talk about the law of averages and how you never know this time might be different. It’s great to have a boss who knows what a deeply mixed experience playing for England is.”

Kane added: “I did apologise to the lads for scoring without checking with them first. They said it was fine but I’m not convinced they all meant it.”