WE’RE living in a golden age of TV which you’re ignoring whilst you scroll mindlessly through your phone every evening. Here are some classics that it’s way too late to get into.

With season six about to begin, good luck following the plot of this complex police corruption drama. Try as you might to understand the adventures of people you will know as ‘the short bloke’, ‘the Irish guy’ and ‘that woman from This Is England‘ you will never have a clue what’s happening.

This BBC’s smash hit drama has run for so long that the babies born in the first series would now be halfway through primary school. If you’ve lived without 80 episodes of bloody births and twee moralising for this long, you’d be a fool to get involved now.

Rather than lamenting the fact that you haven’t got a clue about the lineage of the House of Lannister, you should be patting yourself on the back for not getting sucked into what is essentially a convoluted and excessively violent soap opera. The world is better off without yet another person wanking on about ‘The Red Wedding’.

The Doctor has been with us on and off since the 1960s, so if you haven’t tuned in by now it’s probably not for you. Cut your losses and stay informed by reading hysterical newspaper articles about how it’s been ruined since they cast a woman in the main part and made the Daleks able to climb stairs.

With more than 10,000 episodes to catch up on, the ship has probably sailed when it comes to Corrie. However, if you do attempt it, you are likely to die of either old age or sheer boredom before you get to the end. Why not read a book instead?

Making a tit of yourself in front of your daughter's new boyfriend: A dad's guide 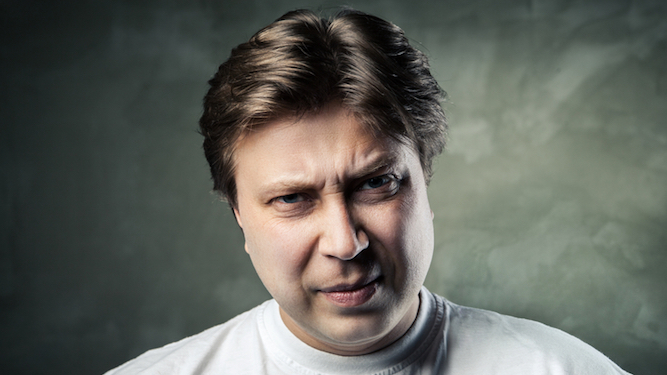 TALKING to the teenage bellend shagging your daughter is never easy, but here’s how to make sure he thinks you are an absolute twat.

‘I had long hair too when I was your age’

A pointless gesture of hollow mateyness which he probably won’t believe while looking at the balding bonce in front of him. That’s if he’s even listening when the chances are his hormone-addled mind is wondering if your wife is fit.

‘I was in a band too back in the day’

Not really worth mentioning. Because, just as he is convinced him and his mates are destined to be the next Radiohead, he’ll be equally cocksure you were shit. And getting out that tinny old cassette recording will only confirm his suspicions. Only really works if you’re Robert Plant or, indeed, Thom Yorke.

While sacrificing a bottle of your favourite craft beer might seem like the ultimate sacrifice to you, to him it’s just lukewarm brown shit in a glass, and nothing like the cheap canned Aldi lager he loves. And don’t try to be all hip and cool by offering a vodka and Red Bull, because that went out with the Ark too.

Hit him with unsavoury details of your daughter’s childhood guaranteed to slightly put him off the relationship. Or simply bore him rigid with gripping tales of trips to the zoo and school plays. If you’re going to have to put up with this awkward charade regularly, he may as well suffer too.