X FACTOR winners Little Mix’s first album is to be a concept-driven free-jazz epic inspired by the ancient gods of Egypt, it has been revealed.

Although the group have found success singing the X Factor’s delightful cover versions, their self-penned material will showcase the love of avant-garde improvisational music that inspired them to launch their music careers.

Describing the 412-minute Little Mix debut album Horus: The Hidden Reality Phase One, band member Leigh-Ann Pinnock said: “One of the main reasons we get on so well is that we’re all really into Sun Ra, Coltrane and also early industrial music like Throbbing Gristle.

“Since being put together for X Factor we’ve had loads of girly chats in our pyjamas, eating Maltesers and formulating a complex system of esoteric spiritual beliefs in which the bird-headed Egyptian god Horus is the creator of the cosmos and there are twelve parallel realities or ‘Shards’.

“We see our music as an important medium for conveying the deepest secrets of the universe to pre-teenage girls.

“Although obviously we also want it to be loads of fun.”

A Syco insider said: “We’d kind of hoped for an album about sweets and love bites but we’ll tolerate it as long as they’re achieving their cosmic revelations without drugs.

“Hopefully they’re just getting high on fizzy drinks and friendship.” 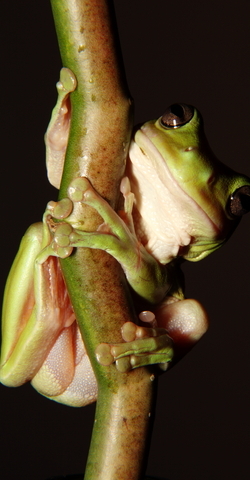 NICK Clegg’s mother has written to David Cameron’s mother demanding an end to the cruel taunting of her son.

Mrs Clegg said that Nick ‘keeps bursting into tears’ and refused to go the Commons yesterday claiming he had a ‘sore stomach’.

She wrote: “I did not want to force him to go because it would have been very traumatic for him.  Unfortunately, in the past that has led to involuntary urination.

“However, I do feel very strongly that as David is the older of the two boys he has a responsibility to protect Nicholas’s feelings.
He should not just stand by while the other boys call my son ‘spineless’, a ‘lickspittle’ or a ‘lying, two-faced sack of shit’.”

Mrs Clegg continued: “Nicholas is a sensitive boy who just wants to make friends. Heaven knows I do not think he should have been made deputy prime minister. He is such a gentle little soul. Last week he wrote me a poem about a frog.

“And recently he has been learning how to play the bassoon, so hopefully that is something he can eventually pursue as a career.

“In the meantime, while our two children are running the country, I would ask that your son is nice to my son and lets him join in with European summits.”

A source close to Mrs Cameron said she would not take kindly to being lectured to by ‘some Dutch cow’ and would most likely throw the letter straight in the bin.

Or set fire to it.