THE seminal blob on Rachel Weisz’s Balenciaga frock is so small as to be practically invisible.

It’s a miniscule grey wisp, Casper the Friendly Ghost as viewed on Google Earth. But the security brute – at an LA launch event for an exciting new maple-conditioned cognac – is immune to reason and determined to punish me for my wayward DNA.

I consider explaining how manhandling me will affect his life chances and how I am actually a personal acquaintance of La Weisz following a relaxed and intimate nine-minute interview for a major lifestyle quarterly (she bakes and isn’t afraid to get rough in the boudoir). But it’s late and I’m tired and it’s all way too cliché. “You dirty fucking wanker,” bellows the door brute, handily throwing me down some steps towards a waiting taxi.

Back in my accommodation – an exciting new boutique hotel teeming with hip hop aristocracy – I watch a documentary about sharks, sip a free cognac miniature and ruminate on the negative connotations of the word ‘wanker’. Like ‘negroid’ or ‘batty man’, it is a once-innocent term now ripe for reclaiming.

Many of history’s greatest males were also its biggest wankers. Churchill was known to close associates as ‘Winst-onan’ because of his voracious masturbatory appetites.

Frank Sinatra was an avowed self-pleasurer who once bespoke a box of 400 monogrammed silk ‘single-use bedside handkerchiefs’ from his Savile Row tailor, and was known to calm pre-concert nerves with bouts of solo love lasting up to seven hours.

And it is a open secret in Downing Street that the ‘dried wax’ on Dave’s office floor is the result of ‘burning his candle at one end’.

Work hard. Play hard. Wank hard. This is my credo. I consider my bouts of self-stimulation not as lonely and pathetic, but a vigorous, defiant act of firing my seed into the universe. Mating with the elements, if you will. The ultimate expression of masculinity – look out world, here I come!

I am a writer, an editor, a paragon of the modern male, a polymath and a polyglot. But perhaps most of all, I am a wanker.

Abysmal Doctor Who episode found and then hidden again 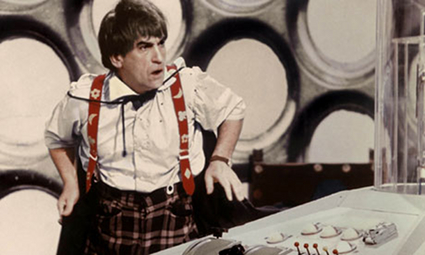