A 29-YEAR-OLD man has cut off all contact with his mother after discovering she enjoys Ed Sheeran’s song Galway Girl.

Nathan Muir told mother Irene that she was dead to him after she admitted liking ‘that song that’s on the radio, you know, the Irish one by the ginger lad.’

He said: “It’s a shame. We’d really managed to rebuild our relationship after the whole Savage Garden thing.

“But there’s no coming back from this. Have you heard the lyrics? Fucking Grafton Street? I mean, I’m no music snob but come on. She left me no choice.

“It will hurt her, but not as much as she’s hurt me. That pain will never heal.”

Irene Muir said: “After Nathan left, I sat down and listened to the song properly for the first time.

UK to be rebranded as massive branch of Costa 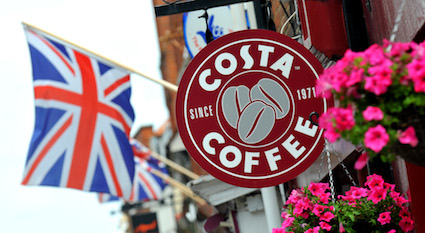 THE government has confirmed that Britain is a waste of time and the country will be turned into one gigantic coffee shop.

As Costa outlets already cover 79 percent of the entire UK landmass, ministers have agreed that any parts that do not already serve massive buckets of coffee must be converted by the end of the year.

Environment secretary Andrea Ledsom said: “We’re going to scrap the whole Brexit thing and just have a ‘soft’ rebrand instead.

“But it will basically be the same as Brexit as we will be rejecting European values such as drinking coffee that actually tastes of coffee and isn’t full of hazelnut syrup.”

The plans include scrapping democracy because Costa must be obeyed without question and replacing Britain’s constitution with a menu for paninis.

Ledsom added: “It won’t apply to whole of the UK. Scotland will be turned into a massive Greggs.”