THERESA May has been forced to admit her ‘strong and stable’ catchphrase was lifted from an NHS leaflet about erectile dysfunction.

Sources close to the prime minister said that while she ‘stood by’ the phrase, it was ‘borrowed’ from a leaflet that she found next to the Cabinet table in Number 10.

“The prime minster picked it up and was immediately drawn to the phrase. She became obsessed with it. She came into the office, told everyone ‘to shut the hell up’ and then started reading the leaflet out loud.

“When she got to the bit about ‘strong and stable’ she slowed right down and then repeated it nine times. At that point Jeremy Hunt started to cry and ran out of the room.”

The source added: “She was also very surprised to discover the existence of vacuum pumps, so that may become a campaign theme.” 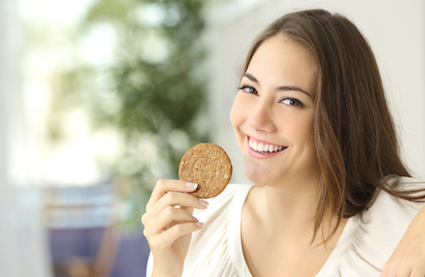 A WOMAN is too busy marvelling at her ability to create actual human beings to worry about restoring ‘pre-baby body’, she has confirmed.

Eleanor Shaw, 31, is so stunned at her capabilities that she cannot even begin to engage with magazines or websites that talk about getting rid of her ‘post-baby belly’.

Shaw said: “Are they fucking kidding? I just pushed a human out of a hole that was patently far too small for it to fit through.

“And now I’m going to feed it with milk that I have also somehow magically produced and it’s going to grow into a real human with its own personality and maybe produce further human beings.

“I’m basically a god and some stupid magazine wants me to feel anxious about being a bit fatter than I was before? Off. You. Fuck.”

She added: “Did you know you can get really big bags of Hula Hoops? What a world.”