Tonight the perfect night to do E, confirm doctors

DOCTORS have recommended dropping ecstasy this evening to leave yourself plenty of time for a leisurely recovery.

Dr Mary Fisher said: “More than 28,000 workdays are lost every year to MDMA recovery, which takes a £3 billion bite out of the UK economy.

“If you’re an ecstasy user – and let’s face it, we all like one every now and again – then the responsible time to drop is this evening, writing off tomorrow and giving yourself Sunday and Monday to replenish your serotonin.

“I know it’s tempting to make tonight a boozy one and wait until Saturday to get mashed off your tits, but when you’re in a bad mood on Tuesday it’s your co-workers who’ll pay the price.”

She added: “Cocaine, of course, is fine for a Saturday night. It hardly does anything anyway.” 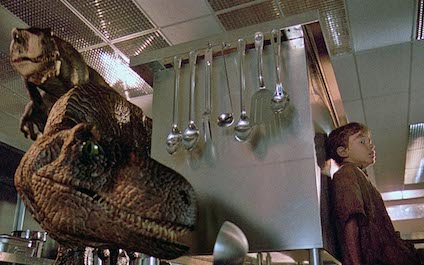 THE velociraptors who starred in Jurassic Park will join the cast of the upcoming Jurassic World sequel, they have confirmed.

The original velociraptors were breakout stars of the 1993 film, lauded by critics for their their menacing cool, but struggled to establish themselves in Hollywood subsequently.

Velociraptor Nikki Hollis said: “None of us were really prepared for the success of the first film. Looking back, we trusted the wrong people, and got sucked into the LA party lifestyle.

“I didn’t want to be typecast so I turned down the sequel to do a romcom with Matthew Perry, which bombed, and briefly dated Hugh Grant which the tabloids loved but which did my career no favours at all.

“Since then, I’ve been getting by on adverts and the occasional touring musical. I stayed in touch with the other guys but we were often auditioning for the same roles, typically an intelligent but ruthless dinosaur.”

Producer Frank Marshall said: “I just hope they can stay off the coke. At least while we’re shooting.”