A MAN hopes the new Matrix film does not ruin the original trilogy, only one-third of which is any good.

Cinemagoer Tom Booker is nervous about watching The Matrix Resurrections in case it breaks the franchise’s streak of one bona fide masterpiece, a confusing sequel with a cool car chase, and a finale he has chosen to forget.

He said: “The stakes are high for this instalment. If it’s crap then the number of decent Matrix films is reduced to a quarter. That good-to-shit ratio isn’t quite as bad as the Jurassic Park films, but it’s not far off either.

“All this film has to do is reintroduce Neo and Trinity to a new generation, tell a simple yet thought-provoking story which builds on the previous films, and make up some new special effects that will define a generation. How hard can it be?

“So long as there’s loads of cool gun fights, audiences will be happy. The last thing they want is a meta-commentary on the films themselves or a wry look at how the imagery of the red pill has been hijacked by the alt right.”

Emerging from the screening, he added: “I don’t want to talk about it.” 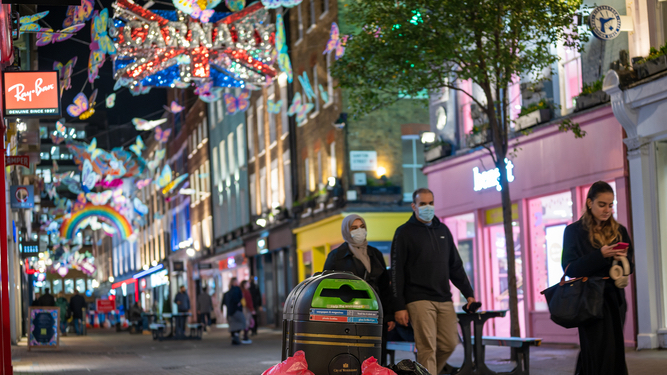 THE prime minister’s high-risk gamble with the lives of every man, woman and child in Britain might just work out, say scientists.

To avoid paying out any more furlough cash and be less unpopular, Boris Johnson has decided to take his chances with the lives of tens of thousands of people again, but this time his luck might be in.

Epidemiologist Dr Helen Archer said: “The famous Johnson good fortune has been absent recently, but he felt that meant a hot streak was due. And whaddya know, it could be true.

“By choosing to not lock down, because his backbenchers won’t let him, instead placing all his chips on vaccines and a milder variant, he may win big. The chips were our lives, by the way.

“The whole country, and especially the estimated 20,000 to 80,000 who now might not die, will be cheering and applauding this audacious punter whose instincts won through.

“Now it just remains to be seen whether he does the sensible thing, cashes out and protects the public or, emboldened by his minor success, keeps gambling until he loses absolutely everything.

“I know where my money’s going. And, of course, my life.”