Man listening to the Proclaimers unironically

A MAN has been listening to the Proclaimers for no reason other than that they made some great tunes.

Barista Tom Booker decided to put the Proclaimers on at work simply because 500 Miles is a great record and they have also got another four or five other decent tunes.

Booker’s manager Bill McKay said: “When I came in he was listening to the Proclaimers and I thought that they had either died or it was some sort of Scottish national holiday.

“He said he just put them on because he liked them, which I might have to bring up in his next appraisal to be honest.”

Booker himself then added: “Since when do you need a reason for liking music other than liking it?

“I would be really disappointed though to find out they don’t really need glasses and it’s all part of a ‘look’.” 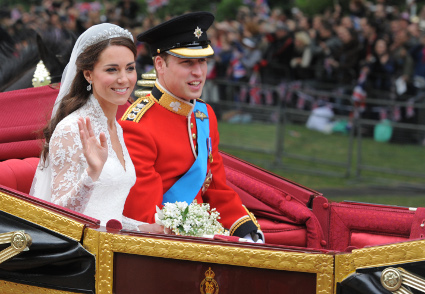 BRITAIN is celebrating the royal pregnancy in the traditional way with nauseating tabloid headlines and inane daytime TV speculation.

The media has begun its time-honoured ritual of producing a huge glut of fuckwitted articles and broadcasts that completely overestimates public interest in the baby.

Tabloid editor Roy Hobbs said: “We’ve made a good start with our front page headline ‘NICE ONE BRUV, SAYS HARRY’, which is completely fictional and frankly a bit strange.

“However most of our coverage will be twee, saccharine gloop we think appeals to women, so expect lots of stories like ‘Scrummy mummy: Glowing Kate looks as though motherhood was made for her!’

Daytime TV producer Donna Sheridan said: “On today’s show we got a top psychic to predict the baby’s personality. Luckily they’re going to be dependable like Wills but also fun like Kate.

“Tomorrow our resident TV doctor Roger will be discussing whether Kate will suffer from double incontinence after the birth. I think we all want to know about that.”