Man trapped in Waterstones has idea for a book

A MAN who was trapped in a Waterstones has had an idea for a novel.

David Willis, who spent three hours locked inside the bookshop in Trafalgar Square, revealed he is working on a story about a man who gets trapped in a bookshop where all the characters in the books come to life.

He added: “While I was in there I read some magic realism – some Rushdie, a bit of Gabriel Garcia Marquez – and I suddenly realised that being trapped in a bookshop is a bit like being trapped in something else.

“Perhaps a relationship, or a society. Or maybe you could even be trapped inside a book. I’m on fire.

“Meanwhile, you are surrounded by ‘information’ which could help you escape but you ignore it. But then the characters in the books come to life and give you clues that lead to ‘the manager’s spare key’.

“Or I might just do a cut and paste job about George Clooney and his new wife.” 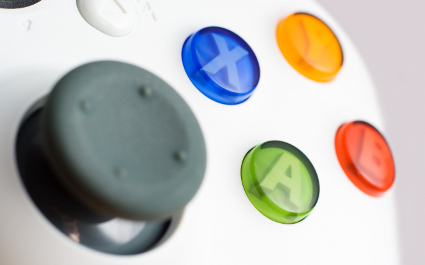 GAMERS are wildly pushing everyone’s buttons to unlock new powers to beat their critics, they have confirmed.

GamerGate’s bomb threats, abuse of women and mashing of the journalistic ethics defence button are an attempt to unleash a bloody Mortal Kombat-style finishing move on its detractors.

“I’ve got my misogyny meter charged right up and I’ve made sure to destroy all the sense-of-perspective gems, so it should be working.

“But I must be doing something wrong, because instead of forming a hyper-powerful gamer robot to devastate my enemies it’s just making everyone hate me even more.”