At least a third of Premier League midfielders should be Trotskyites, says Miliband

The party will introduce quotas to ensure a third of all attacking midfielders are devotees of Bolshevik leader Leon Trotsky and that Premier League goalkeepers be returned to local authority control.

Labour leader Ed Miliband said: It is 2014 and yet Liverpool employs a young footballer – Adam Lallana – who has absolutely nothing to say about the concept of Permanent Revolution.

Meanwhile, we have goalkeepers who are working for the narrow interests of a football team rather than the wider community, many of whom may not support that team or have a completely different hobby.

Labours Football Plan will enforce continual sharing of the ball between teams. By the end of the next parliament every professional match in England will end in a 14-all draw so everyone gets to score one goal each, including substitutes.

The plans have excited middle-class, university-educated fans who wear 1970 Brazil tops and think football symbolises something.

Martin Bishop, from Peterborough, said: This will be really good for rubber plantation workers in Guyana.

Meanwhile, experts have warned that the most likely outcome of Labours plan will be tens of millions of uneaten pies. 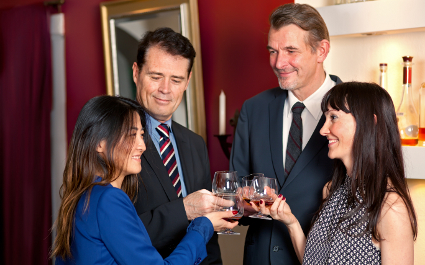 A GROUP of conference attendees making strained conversation at the bar have realised they are networking.

The delegates at the Birmingham print management event at first sipped wine silently while waiting for something to happen before working out this was actually it.

Carolyn Ryan of Leicester said: “I was discussing the future of direct mail with a man staring at the floor when suddenly it dawned on me I was doing something really dynamic and exciting.

“You hear about people networking all the time but, like skydiving, you never think it’ll ever be you.

“I was assessing people entirely based on their potential value to my career, giving out business cards, and fake laughing at print industry jokes.

“I really feel like I’m on my way to becoming a deeply unpleasant, status-obsessed bully.”