LOCALS in a Somerset village have flatly denied claims of a pervasive smell of excrement.

The eye-watering stench is often commented on by visitors to the puzzlement of residents unable to detect this “stink of shit” everyone refers to.

Londoner Tom Booker said: “Getting out of the city and into nature is so wonderful, apart from the sickening reek of faecal matter that follows you around.

“At first I presumed it was just what fresh air smelled like, but then I traced it to a large tank full to the brim of animal ordure. Apparently everyone out here has one.

Locals have dismissed Booker’s claims, baffled as to how a 7ft dung heap could bother anyone.

Bill McKay said: “These city folk are all the same, with their fancy suits and unnatural aversion to piles of rotting shit.” 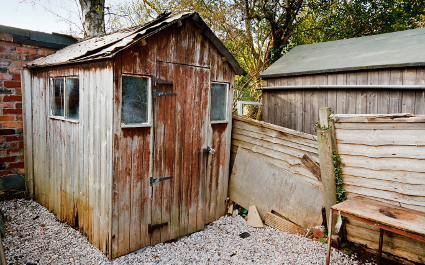 A WAVE of terror-related break-ins have been reported from garden sheds, garages and outhouses.

Police fear terrorists armed with power tools, hedgetrimmers and half-empty pots of Dulux Once could be planning a major attack before the end of the year.

Inspector Joseph Turner said: “After being told we’re too busy with terrorism to investigate petty crime, the victims call back with fresh information that the burglaries are connected to ISIS.”

Homeowner Stephen Malley said: “They took my mountain bike, a jetwasher and an 18v combi drill.

“It’s terrifying to think of what they could do with that kind of arsenal. It was definitely ISIS, not local kids, because the shed smelt of extremism.”

Domestic terror-related crimes last peaked in the 1970s, when the IRA launched a campaign of kicking footballs through windows and leaving innocent children to take the blame.