A MAN who has grown to hate a TV show refuses to miss a single episode, it has emerged.

After committing to long-running drama Apocalypse, Nathan Muir now cannot stop watching despite seething with annoyance at how rubbish it has become.

Muir said: “I only got into it because everyone at work was talking about it. But after 12 seasons it’s become a cornerstone of my identity.

“After investing so much time I feel I have to keep watching to see what happens. Unfortunately it’s usually the same stories but in a different place.

“My wife says if I don’t like it anymore I should just stop watching, but at this point it’s a staring contest between me and the show’s creators, and I’m not blinking first.

“I spend hours complaining about it online and posting vitriolic reviews on YouTube. Is that normal with a programme you’re supposed to like?”

Muir’s partner Donna Sheridan said: “I’ll be glad when they cancel it. I hate seeing Nathan looking so sad while he’s watching his favourite show.”

Honestly it's nothing to do with that f**khead Hollywood, says Toksvig 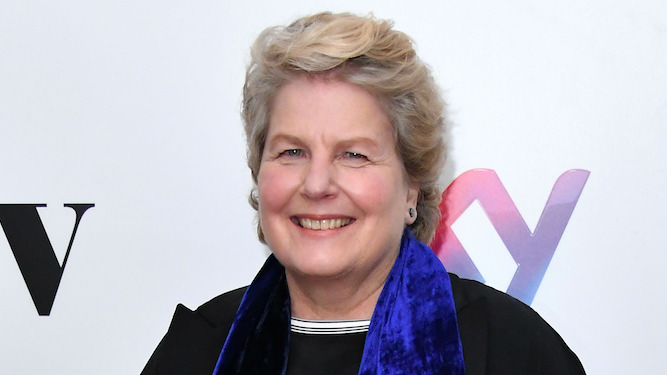 SANDI Toksvig has denied that her departure from The Great British Bake Off was anything to do with ‘that preening w*nkshaft Paul Hollywood’.

The presenter has insisted that she is leaving the show for reasons totally unconnected to Hollywood and she in no way finds him deeply smarmy and irritating.

She continued: “Paul Hollywood is a treasured colleague and a wonderful man. That is definitely not something I am contractually obliged to say.

“The reason I’m leaving is to explore other projects and nothing to with spending hours with any vain, middle-aged colleague who clearly loves himself.

“I honestly don’t mind the way Paul offers his hand to contestants like it’s a prize in itself. And why shouldn’t he wear a smug grin all the time? He is very good at making cakes.”

The show’s producers have confirmed that the next co-presenter will be someone who is not troubled by incredibly large egos, possibly Russell Brand.