A 24-YEAR-OLD man has described his passion for the type of music known as ‘commercial dance’.

Trainee retail manager Wayne Hayes loves banging club music, but only if it has a strong corporate sensibility.

Hayes said: “I love dancing and I love commerce. Also I don’t like genuine emotion in music, I find it upsetting.”

Hayes favours the music of producers like David Guetta, Martin Solveig and Avicii, which is carefully manufactured to appeal to the broadest possible global market.

Hayes added: “It’s clever how they strip away any elements that might make it too specific to a certain culture or deter advertisers from using the track.

“And I love the videos where attractive couples drive somewhere in fast cars and then jump in the sea.

“My favourite song of all time is the David Guetta one that’s about being dangerous, whatever that’s called. It’s just so efficient.

Pharrell having a really shit day 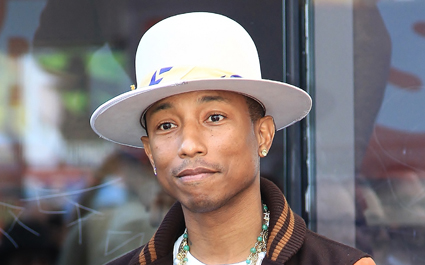 POP star Pharrell is in a foul mood today, it has been confirmed.

The Happy singer woke in his usual upbeat mood but things darkened when he discovered was no cereal left in his massive kitchen cupboard.

Pharrell said: “There was some granola in there last night, I was going to have it with a bit of banana and some yoghurt but someone’s eaten it.

“I can’t have toast either because the bread has got mould on it.”

As he entered the bathroom to clean his teeth and apply his rejuvenation serum, Pharrell remembered that he has to spend today doing production work on a Rita Ora song.

He sighed: “Why did I ever say yes to that? Obviously someone asked me when I wasn’t really listening.”

Pharrell then discovered that his dog had mauled his favourite ridiculous hat: “I had that made specially and everything. It cost over a thousand dollars and now it’s fucked.”

“Why is everything such a load of bullshit? I’m going to go and live in a forest or something, just away from it all.”

As he left for the studio after taking ages to find his keys, Pharrell found a large cardboard box left by the door with a note on it from his wife.

“It says, ‘I bought this Billy bookcase by accident, can you take it back to Ikea on your way to work’.