A SUPERHERO fan is concerned that hugely profitable intellectual properties such as Iron Man may not survive in new Marvel film Captain America: Civil War.

Council worker Martin Bishop is concerned that the epic conflict could result in his favourite characters dying and no longer appearing in Marvel’s hit film franchises or its multi-billion dollar product range.

Bishop said: “Iron Man looks like he’s getting battered in the trailer. I’ll be gutted if he dies, but I know Marvel would never compromise artistic integrity just to sell rucksacks.

“I’m also worried about Black Widow because she’s a bit puny compared to the others. I’d hate it if Scarlett Johansson’s character who wears a skin-tight outfit and is fancied by millions of men isn’t in the films anymore.

“It’s not like you can just bring people back from the dead in a universe full of mystical objects and amazing fictional technology.

“The new character Black Panther had better be especially careful not to get in any dangerous situations because he’s meant to be in his own film in 2018.”

Bishop is currently searching the internet to discover whether his favourite superheroes die, during which he has bought a set of Avengers shot glasses he will never use and a Nick Fury bath mat.

Liverpool fan has only just realised it was 2-2 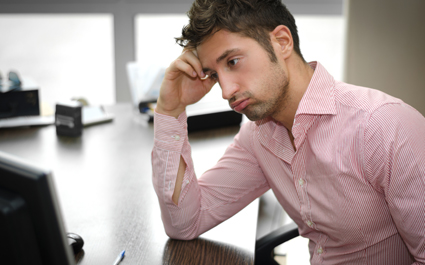 A LIVERPOOL fan who joined the Anfield ticket prices walkout has just realised that Sunderland scored twice in the last ten minutes.

Wayne Hayes had an enjoyable Saturday watching Liverpool apparently ease to three points and also got home in time to watch The Chase.

However, Liverpool’s defence showed their solidarity with the fans by also calling it a day at the 77th minute. Hayes started to feel something had gone awry when he reached work in Monday morning.

Hayes said: “I was messing around online and looked at the league table to see that Liverpool only had one more point that they did on Friday, but I thought maybe you only get one point for beating Sunderland these days.

“I guess there were some subtle hints, like Barry, the office Sunderland fan, looking less beaten-down than usual and the fact someone had stuck the match report on my monitor.

“At least I had a decent weekend, in fact pretty much anytime we go ahead I should get out of the stadium before we have a chance to throw it away.”