MALE Candy Crush Saga players are victims of a ‘sugar ceiling’, it has been claimed.

Haynes said: “The female Candy Crush aristocracy wants the game to be seen as a feminine guilty pleasure, like fireman calendars and diet chocolate drinks.

“People assume that because I’m a bloke, my children aren’t going without meals because of the game.

“But I do the cooking at home and I’m proud to say my children are not getting any dinner tonight, because I’m too busy making rows of electronic sweets disintegrate.”

Hayes became serious about the game after receiving over a hundred invites from colleagues and became world men’s Candy Crush Saga number one after clearing all the jelly at level 14 in an unprecedented 38 moves.

He said: “I’d just like to thank the 311 people who showed their support by liking my high score on Facebook.

“To all those schoolboys who get bullied for preferring Candy Crush Saga to Call of Duty, I did this for you.” 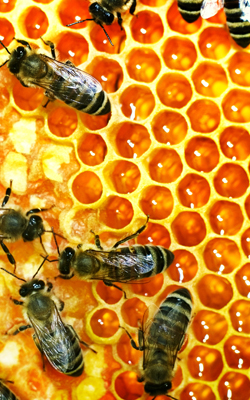 RICHARD Dawkins is in hiding after discovering a Catholic plot to stockpile honey.

While having some honey confiscated at airport security, the academic noticed a group of nuns and priests speaking furtively into their sleeves.

Dawkins said: When the first plane hit the World Trade Centre in 2001 I looked down at my Gales on toast and muttered And so it begins. Now we are reaching endgame.

The Muslims are just patsies, pawns for the Vatican to distract the world from their true plan  complete dominion over the world’s honey supply.

“Soon the bees will be extinct and this staple condiment will only be available to those who go to church and stay throughout the whole service.

And once they’ve got all the honey – marmalade, jam and even lemon curd will be next.

“And the only thing standing between us and a world of dry croissants is one Professor Richard Dawkins.

The god-dodging biologist has spent the last twelve years solving a series of cryptic puzzles based on passages of the bible that refer to bees, and hieroglyphs found on the side of apiaries.