MALES are deeply confused by a new sort of pornography that is both for women and made of words.

E L James’s novel 50 Shades of Grey, which has smashed paperback sales records, is simultaneously more extreme than men’s own sexual fantasies and requires the user to hold it with both hands.

Network engineer Tom Booker said: I heard the wife going on to her sister about 50 Shades, but thought it couldnt possibly be pornography because there werent any pictures.

However I’ve just found her logged onto an internet chatroom as spank_me_kindly, asking for a master who will take her to the Red Room of Pain, so something’s clearly up.”

The book, which chronicles the romance between businessman Christian Grey and college graduate Anastasia Steele, has further confused men by having a respectable cover.

Plumber Roy Hobbs said: “It doesn’t have the word ‘Slutz’ on it in neon lettering or any females covered in soap suds. That’s a level of subtlety I find intimidating.”

However copywriter Julian Cook said: Im a sophisticated man. Ive known books can be sexy ever since I frotted myself raw to chapter five of James Herberts The Rats aged 13.

But apparently my life partner, who was furious when I bought her crotchless panties for Valentines Day, now thinks its really hot to read about virgins signing contracts to be sex slaves.

Ive suggested we do some of that submissive-dominant stuff but shes told me to piss off. Ill never understand women.

Francesca Johnson, Mr Cooks girlfriend, explained: Sexual subjugation is hugely arousing when practised with a devastatingly handsome multi-millionaire who buys you iPads and Audis, less so with someone who picks his toenails during CSI: Miami.”

Fathers furious at being summoned from shed 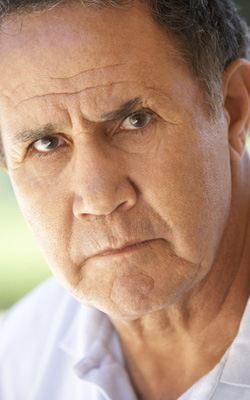 FATHERS are demanding an end to Father’s Day, after they were forced to leave their gardens to awkwardly receive a token gift.

The annual tepid celebration of the more emotionally distant parent caused considerable inconvenience as many fathers had to come into the house to be handed a Nick Hornby book and a card with racing cars on.

63-year-old father Stephen Malley said: “I don’t like Nick Hornby, racing cars or emotion so this was a triple-decker annoyance.

“I wasted at least five minutes on acknowledging the ill-considered offerings before I was able to return to the wooden structure in the garden where I basically live in voluntary isolation.”

Father-of-two Roy Hobbs said: “The only present I ever want is to be left alone. Why can’t these people understand that?

“My children are pleasant enough but ultimately they’re just sexual by-products and I have a piece of wood I need to saw up.”

Fathers are now calling for Father’s Day to be either stopped altogether or combined with Christmas so that it can be safely ignored.

However many Britons are today experiencing mild guilt after having forgotten Father’s Day.

26-year-old Nikki Hollis said: “I thought it was next week or something, and thus completely forgot to buy a Nick Hornby book and a card with racing cars on.