TONY Blair actor Michael Sheen is to extend his repertoire of real-life characters by playing Red Rum in a BBC mini-series.

Sheen will play the gangly brown foal, who gave up a promising medical career to pursue his dream of winning the Grand National twice in a row and then once more a couple of years later.

Horse Face will chart Red Rum's stormy relationship with trainer Ginger McCain including their explosive row on the eve of his third National victory in 1977, when Rummy stormed out of his stable threatening never to race again.

It will also explore the legendary steeplechaser's brief and ultimately doomed affair with Elizabeth Taylor.

The Welsh actor, who has played the former prime minister on TV, the big screen and at a school parents' evening, said: "Rummy was a hero, a joker and an artist, but above all he was a fairly large horse."

Sheen, whose other famous characters include Brian Clough, Brian Cant and Billie Holiday, added:  "I've asked John Hurt to help me prepare for the role and he has very kindly agreed to dress up as Bob Champion and ride me over a hedge."

The actor, famous for portraying both Kenneth Williams and Hattie Jacques, will also work closely with the now retired McCain who will feed him sugar cubes and smack him on his rump until he reaches top speed.

Sheen's next project will be a remake of the Charles Lindbergh bio-pic The Spirit of Saint Louis in which he plays the eponymous single-seat aircraft.

Under 15s 'Should Not Be Allowed To Fly Planes' 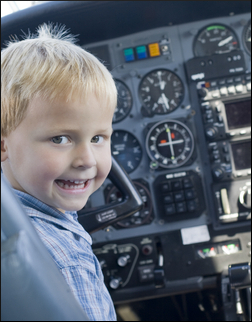 CHILDREN under the age of 15 should never be allowed to fly a passenger jet, not even for five minutes, according to the chief medical officer.

Sir Liam Donaldson said the advice may seem obvious, but too many parents are still allowing their child to take the family car, drive to the airport and start fiddling about in the cockpit of a Boeing 737.

He added: "We've all heard stories about people who flew 350 passengers from Heathrow to JFK when they were 12 and it never did them any harm, but there are many more who had to ditch in the Atlantic and then wait for their parents to come and clean up the mess."

Sir Liam has issued new guidance outlining all the things children are not supposed to do, including chainsaw testing, running a major clearing bank, 'crack-whoring' and 24-hour tequila snorting contests.

But Kyle Stephenson, 14, from Berwick Upon Tweed, said: "The bank thing I can understand – and maybe the crack-whoring – but I love flying planes and getting drunk.

"And at least when I drink I do fun things like setting fire to old mattresses and laying waste to entire communities, instead of getting a bit racist and then trying to touch my neighbour's wife on the tits."

Six year-old wine connoisseur, Gemma Bishop, also attacked the plans, adding: "I have developed a keen palate and have a particular fondness for a late harvest merlot, especially with Coco-Pops.

"But I don't really like Pinot Grigio, mainly because it tastes of poo and bogies."