Microbes at bottom of Mariana Trench thought Avatar was shit

THE microbes who live at the bottom of the Mariana Trench have finally been able to tell James Cameron that Avatar was appalling.

The tiny organisms, also caught up in the mass psychosis that made the sci-fi, blue cat, eco-parable the biggest film ever, spent 45 minutes haranguing the director in his metal tube.

Cameron said: “I was really looking forward to this, but it was actually very unpleasant.

“When I reached the bottom of Challenger Deep I turned on my sensors and the first thing I heard was this voice asking ‘are you James Cameron?’.

“I said ‘yes, I am’ and the voice explained who it was and then launched into this incredibly hurtful diatribe about Avatar. Then all the others joined in.

“It was like the microbes had staged an intervention for someone who’s very bad at making films.”

Cameron said the microscopic life-forms had obviously been rehearsing ‘their little speeches’ and made frequent use of the words ‘condescending’, ‘tedious’ and ‘horseshit’.

He added: “I feel shell-shocked really. I had no idea people, or microbes, felt this way. But they did say they liked True Lies, which surprised me because I thought they would like The Abyss.

“But they absolutely did not.”

The microbes also warned Cameron that if he even thinks about making a film called ‘Mariana” or ‘The Trench’ they would evolve legs and feet and then kick him in the testicles. 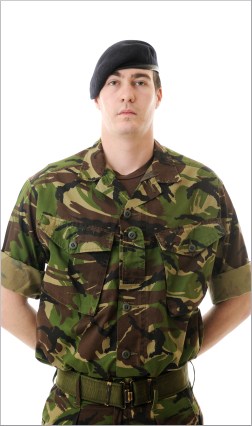 SOLDIERS are being trained to tut, sigh and then finally deliver the wrong brand of cigarettes through the sliding metal tray at 24-Hour-garages.

With the army already on stand-by to deliver fuel in the event of a tanker strike, ministers want to ensure petrol stations continue to provide their full range of horribly unpleasant and expensive services.

At army camps across the country fake garages have been built from plywood so that soldiers can learn the lay out of a typical kiosk and then move around it as as slowly as possible.

A Ministry of Defence spokesman said: “We are getting very good at completely ignoring people for up to two and half minutes.

“The next stage is to master just standing there in a trance listening to Magic FM while someone shouts through the glass as loudly as they can.

“Hopefully we can also perfect that attitude, at once judgmental and moronic, which says ‘why would you need a copy of Escort at 2am?’ without realising they are deaiing with a man who is alone and awake at 2am.”

The spokesman added: “The one thing 24-garage workers are better at than anyone else is projecting palpable resentment at being asked to do the thing they are paid to do.

“But luckily there are still plenty of soldiers who think the army should be all about skiing and helping elderly Africans cross the road.”