Mona Lisa Was Eating A Sausage

LEONARDO da Vinci’s Mona Lisa was eating a sausage, a new digital scan of the famous painting has revealed.

The 240-megapixel image strips away later layers of paint to show the artist originally depicted his model enjoying a mixed grill including a Lincolnshire, a pork with leek, and a chipolata, with some fried mushrooms and large grilled tomato on the side.

Da Vinci changed his mind twice about the position of the sausages on the plate and at one point even replaced the Lincolnshire with a Cumberland before returning to his original sausage combination.

Bill McKay, head of art history at the University of Dundee, said the latest scan gave a fascinating insight into Da Vinci’s painting methods and solved one of the great mysteries of the art world.

He said: “Preliminary sketches by the artist show the Mona Lisa variously with a pork chop, an escalope, and even a piece of rolled loin before Leonardo finally settled on the processed pork products which are normally associated with his more mature work.

“But in the final version there was apparently no meat at all, not even a bit of beef mince. Now we see the sausages were there all along, and that the Mona Lisa’s famous look is not some weird, enigmatic smile but the contented chew of a young lady enjoying some premium pork.”

The same digital technique has also been used to reveal new insights into many other famous artistic images.

For example, the soldiers of the 93rd Highland Regiment depicted in the Thin Red Line were originally painted with underpants beneath their kilts, but these were later removed and a finely detailed scrotum added to each man, even though they can only be seen if someone lies on the gallery floor and looks up.

Hamilton Lost Because He Was Black, Claim Geneticists 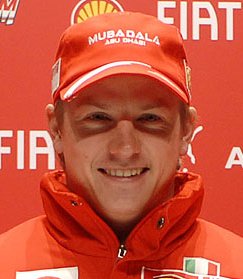 LEADING geneticists last night claimed that Lewis Hamilton failed to secure glory in Brazil because he does not possess the key Formula One World Champion gene.

Nobel prize winner James Watson said Hamilton did incredibly well for a black man but stressed that his greatest opponent was not McLaren team-mate Fernando Alonso but four billion years of genetic evolution.

Watson added: "The thing is, they're not really supposed to drive. Don't get me wrong, they're very good at running or making rudimentary canoes or farming equipment.

"But genetically-speaking the semi-automatic gearbox is beyond them, at the world championship-winning level at any rate."

Watson stressed that the strongest Formula One genes were to be found in the Finns and the Brazilians.

"Genetically-speaking Michael Schumacher must have had either Finnish or Brazilian lineage, though his German genes express themselves strongly in his insatiable appetite for world domination.

"I am certain that Fernando Alonso possesses some Brazilian genes but ultimately he will be held back, in a genetic sense, by his inherent Spanish laziness and his desire to kill defenceless bulls."

He added: "The Finns ability to drive so well is particularly impressive as, genetically-speaking, they're all such appalling drunkards."

But Watson's claims were rejected by the leading British scientific institutions.

A spokesman for the Royal Society said: "We prefer the far more robust argument that Professor Watson's half-baked genetic theories allow people to be racist at dinner parties."

He added: "No doubt Professor Watson believes I'm genetically predisposed to say that."

Meanwhile Sunday's failure has seen Hamilton go from the dazzling young superstar who transcends race to being simply the latest black man to let Britain down.