Most BBC News Now About The BBC

THE majority of the news output from the BBC is now about the BBC, according to a new BBC report.

The BBC has risen to the top of the BBC's news chart after a busy year of high-profile resignations and big-budget dishonesty.

Last week the BBC assigned six reporters to cover a story about massive cuts in the number of BBC reporters while its five daily news stories now include: The BBC, fatness, standing outside someone's house, carbon dioxide and The Opinions of Nick Robinson.

Tom Logan, a media analyst, said: "If you're faced with thirteen separate Blue Peter scandals, £4 billion worth of Paxman cuts and the Great Kaplinsky Betrayal, that's a full and exciting news agenda."

According to an internal BBC report 52% of the Today programme is devoted to BBC related issues, while News 24 must carry two breaking stories per hour about the corporation.

According to the report the 'perfect storm' for BBC news executives involves Nick Robinson making up a story about the parents of fat children switching to David Cameron because they believe he will use left-over Carbon Dioxide to defeat terror.

One BBC insider said: "The investigation alone would fill eight hours a day on News 24, keep Newsnight happy for a couple of months and generate at least three separate Panorama specials." 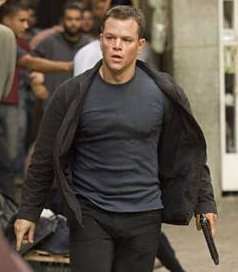 ANNE Enright has won Britain’s most prestigious literary award for her latest rollercoaster thrill-ride of a novel about some Irish people having a big talk about this and that.

The Gathering was a rank outsider for the Man Booker prize beating favourite Ian McEwan for On Chesil Beach, a short, intense novella about a couple discussing whether or not to switch to Sky+.

Enright said the award vindicated her decision to make the intangible nature of loss, the hollowness of betrayal and the emptiness of grief the central characters in her book.

Chair of the judges Sir Howard Davies said that while Enright’s book was not the longest this year, it must still have taken a good few days to write.

He said: “It contains at least four passages where people stare out the window and we get to hear their thoughts. I like those.

“And the opening scene, where the hollowness of betrayal chases the sanctity of memory through the backstreets of post-war Berlin, is brilliantly observed.”

He added: “Best of all was the bit where the intangible nature of loss and the emptiness of grief discover the dark secret at the heart of Christianity, buried beneath a Manhattan deli.”

Enright is already working on a follow-up where the emptiness of grief tracks down the rogue CIA agents who killed its father.