Movie franchises to continue until end of universe

SCI-FI film franchises will continue for thousands of years after every person currently living has passed away, Hollywood has confirmed.

The Alien, Transformers and Terminator franchises are expected to produce sequels, prequels and reboots well into the 203rd century, long after all other aspects of our current civilisation are forgotten.

“None of which will ever go back to the xenomorph home planet or have them invade Earth, because we know that’s what the fans really want to see.

“The new Terminator films, continuing a franchise which hasn’t been any good since 1991, will continue until we’ve developed the technology to send someone into the past, warning filmmakers to come up with some new effects-driven science-fiction concepts before it’s too late.

“But nobody will listen to him because he’s nude.”

Jon Snow doing crack for ‘this other TV thing’ 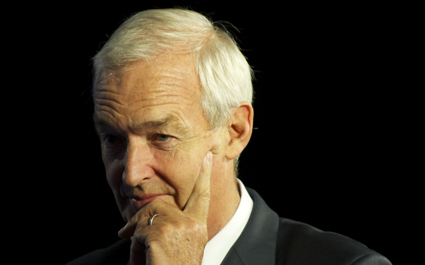 NEWSREADER Jon Snow has told friends that he has become a crack addict for a documentary, despite not appearing to be followed by cameras.

Following his on-screen experiment with skunk, Snow claimed to be filming a new series where he takes crack, MDMA, peyote buttons, ayahuasca and angel dust to report on their effects.

A Channel 4 insider said: “We all admired Jon’s commitment in trying out skunk on air, but we’re starting to worry that it was a gateway documentary.

“He can’t get through an interview with Iain Duncan Smith without huffing on his little glass pipe, he angrily accused a Russian military expert of harshing his buzz and was apparently rushing hard off a pre-recorded report about PricewaterhouseCoopers.

“Though it has to be said his links are still absolutely impeccable.”

Channel 4 bosses have denied secretly filming Snow, but insiders have pointed out they said exactly the same thing when trafficking Krishnan Guru-Murthy into prostitution for a 2011 edition of Dispatches.