Music brings people who hate that kind of music together

MUSIC has been confirmed to bring people together, specifically in groups of people who absolutely loathe that music.

From Slayer to Taylor Swift, music has the power to overcome superficial differences and unite disparate groups in mutual detestation of whatever is assaulting their ears.

Neighbours Joanna Kramer and Bill McKay are polar opposites. Joanna is a Telegraph-reading Brexiter who drives a Range Rover and has five dogs, while Bill is a Corbyn diehard who rides an electric scooter and believes owning pets is tantamount to slavery.

But the two are united by their common hatred of country music. Joanna explained: “I hate Johnny Cash, I hate pick-up trucks and I especially hate the mandolin. If I had my way, there would never be another song about cowboys again.”

Bill agreed: “It’s just ignorant redneck shit for white supremacists. I was in the garden one day and it came on Radio 2 from over the fence. I shouted ‘Turn that bollocks off!’ just as Joanna did. Our friendship grew from there.

“We get on like a house on fire. If we ever stray into disagreement territory – religion, politics, bin collections – I say ‘Dolly Parton’s total crap’ and we’re laughing again.”

Joanna said: “It’s beautiful how something so completely shit has brought us together. That’s the redemptive power of f**king awful music.”

In hindsight Gavin Williamson should never have happened, says Department for Education 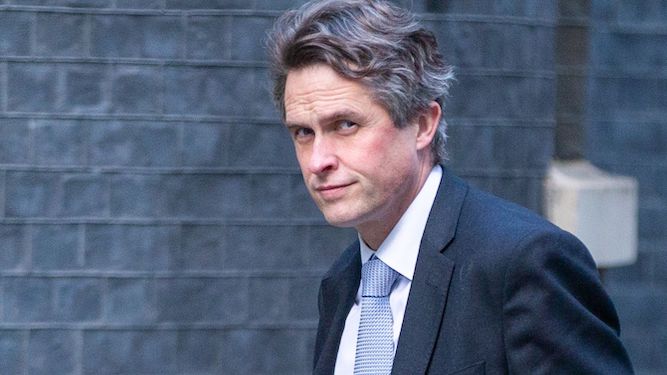 THE Department for Education has admitted that with the benefit of hindsight Gavin Williamson should have been avoided.

As details of the former education secretary’s period in office including an ill-advised Christmas get-together emerged, a spokesman said ‘looking back, it would have been better not to make that particular appointment at that particular time’.

He continued: “It seems obvious in retrospect that a man who keeps a tarantula in his office like a bottom-rung coke dealer was not a sensible choice. It was a very confused time.

“And yes, when he used an algorithm to grade GCSE and A-Level exams, crumpling up the futures of thousands of young people and callously throwing them in the bin, we should have acted rather than merely U-turned.

“The illegal Christmas gathering is merely a footnote in the epic saga of his failure. If people want to focus on that then we won’t stop them, but it is important that history remembers the bigger picture of his calamitous ineptitude.

“The party? It was a dreary gathering of colleagues waiting for their twat of a boss to shut up about how great he is. It’s still an outrage and a scandal but let’s not make out he’s in any way popular.”