Name one of our songs, Coldplay challenge audience

PLATINUM-SELLING band Coldplay challenged 40,000 fans attending a concert to name just one of their hit songs.

Furious lead singer Chris Martin demanded the audience name either a song, the title of any of their seven albums or a member of the band except himself, to be met only with an embarrassed silence.

He continued: “Seriously? You’ve paid a hundred quid each to be here. You must know one.

“What about the one we just did? You were all singing along to it, for fuck’s sake. Just tell me what it was called and we’ll carry on with the gig.

“I cannot believe this. You know, Jonny here went on the merch stall last night, for a laugh, and nobody recognised him. Jonny Buckland. The lead guitarist. Here, on my right.

“Literally not one person here knows anything about us apart from that we’re called Coldplay. Right. Okay, this next one’s called That One You Like When You Hear It In Taxis.”

Coldplay fan Eleanor Shaw said: “Well that was awkward. Still, it could have been worse. I almost shouted When The Streets Have No Name.”

Show-off couple to have twins 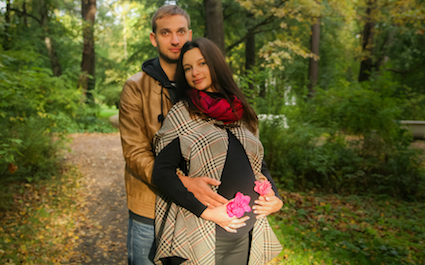 A FLASHY couple are expecting twins just to go one better than their friends with only one baby.

Tom and Rachel Logan have smugly informed close friends that they will soon be welcoming two baby girls, making their parenthood experience at least twice as rewarding as everyone else’s.

“They couldn’t have them one at a time like any normal couple. No, they get to be the most tired, the most harrassed, the most crippled-by-childcare of anyone.

“Christ, I won’t even be able to tell a funny story about Henry vomiting in his Robofish tank without frigging Beyoncé one-upping it with how her double blessings vomit telepathically in separate rooms.

“Next time they’re round I’m putting The Shining on.”

“Imagine the smug dicks suddenly being stuck with three. That’d be hilarious.”