A BAND has promised to perform its first, and so far only, album in full on an upcoming tour.

Neo-shoegaze outfit Eterniday Box will perform debut album Zone in the order that the tracks first appeared on its debut CD a few weeks ago.

Lead singer Stephen Malley said: “The cultural landscape is almost unrecognisable from when we released our album, all the way back in February this year, but amazingly it’s still reaching new ears.

“With that in mind we thought the time was right to take that album out on the road to perform it to a whole generation who’ve never seen these songs live before.”

The band have promised that if audiences are receptive enough, they will play the extra tracks from the deluxe edition of the album and even the iTunes exclusive.

However music blogger Julian Cook said: “Another warmed-up nostalgia tour from an act coasting on past glories.

“I remember seeing Eterniday back in July, when their live shows were so unpredictable you had no idea if they’d play track five before track two or after track eight.”

Malley said: “To be honest we’d rather be doing new material but everyone boos and throws beer.”

Woman reads far too much into horror film 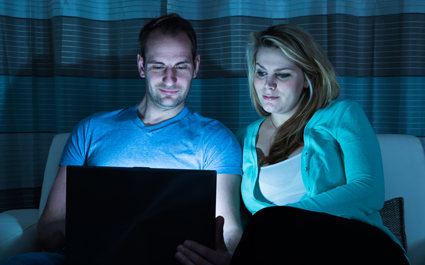 A 24-YEAR-OLD woman thinks the film Insidious makes some valid points about the perils of the supernatural.

Nikki Hollis watched the horror film on her laptop and decided that it contained several relevant lessons about dealing with evil spirits.

She said: “It contains some sensible advice about astral projection, the different planes of existence and demons.

“It is possible that you could be taken over by some sort of entity that comes from a realm of evil and wants to use your body as a tool to wreak havoc in our world.

“That happened to someone at my sister’s work. If only they’d watched this film first they could probably have done some sort of protection ritual and it would have been fine.

“They should show Insidious and selected episodes of Most Haunted in schools.”

Hollis’s boyfriend Roy Hobbs said: “I told her there wasn’t a sequel to Insidious. But then she googled it and found out there is so now she’s looking at me funny.

“She reckons I lied to her because I’m in league with demonic entities.”