New BBC boss ‘wrote in with a programme idea’

THE new BBC director general Tony Hall was a member of the public who wrote in with a cookery show idea. ‘My new office has a window’

Hall, who was working in the office of a company making garage doors, sent a letter simply addressed ‘to the BBC’ pitching a series called Tasty Truckers.

It read: “Dear The BBC, how about a cookery show where the kitchen is the cab of a big lorry. Not a Stobart one cos they’re on ITV obviously, but perhaps a large blue lorry belonging to an unspecified haulage company.

“It could be with James Martin, Buster Bloodvessel from Bad Manners and I’ve always thought Sarah Brightman would be good in that sort of thing.

Hall said he was ‘overjoyed’ when the corporation responded offering him the director generalship.

“Not only will Tasty Truckers become a reality, I have a big office and can take coffee breaks as and when I please.

“I’m going to bring back Brush Strokes, it was good that. Yes, the one with Jacko in it.”

A BBC spokesman said: “We’re delighted to have Tony take the reins, he seems like a really nice bloke.

“I’ll be honest, they weren’t exactly queueing up. The next shit-storm’s going to be the family of albino cannibals living in the basement of Broadcasting House.” 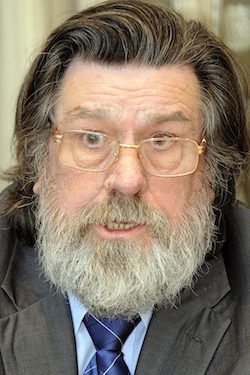 THE British system of debating social security is open to rampant abuse and exploitation, according to research. Experts have called for a radical overhaul of the system to reward people who want to debate with their brains, while penalising ‘thought scroungers’.

Professor Henry Brubaker, of the Institute for Studies, said: “In the same week the government rolls out controversial benefit cuts we have a man, on benefits, found guilty of the manslaughter of his children. It does seem like a remarkable coincidence.

“Anyway, the welfare debating system is now so dysfunctional that these two things can be connected by the Daily Mail in what is known as a ‘fraudulent claim’.

“This claim results in a ‘thought’ which is then ‘scrounged’ by millions of people.

“Meanwhile, Ricky Tomlinson is opposing the cuts by setting out ’10 lies about welfare’ in the Guardian, but all anyone can see is the feckless layabout he plays in The Royle Family.

“This debating system is a catastrophic mess. We have to completely dismantle it and start again.”

Brubaker has recommended tax credits for families who debate using actual facts, while families who think all benefit claimants are sub-human waste would be paid in vouchers that they can only spend at the Office for National Statistics.

He has also challenged welfare secretary Iain Duncan Smith to spend an entire week trying to have one original thought.