THE latest instalment of the Carry On film franchise is about saucy hi-jinks at The Guardian newspaper.

Carry On Guardianing, in which Guardian staff portray sex-obsessed versions of themselves, is designed to highlight workplace sexism and illustrate how men’s glasses steam up when women bend over.

Columnist Owen Jones plays a Sid James-esque lech with the catchphrase ‘she can blow my whistle’ who constantly pursues bubbly blonde, Marina Hyde.

However his attempts to corner Hyde in the stationery cupboard are constantly thwarted by matronly sourpuss Polly Toynbee and interfering George Monbiot, who plays the bespectacled, effete role in the style of Charles Hawtree.

Jones said: “The story follows us on a staff training weekend to a Holiday Inn in Kent, where we discover the hotel has been double-booked by the Daily Mail for a seminar about celebrity fashion fails.

“He goes apeshit and chases me around the hotel. So George Monbiot overcomes his principles to hotwire a car and crash it through the hotel lobby wall, flattening Littlejohn.

“Then we all have a big disco and I get off with Melanie Phillips.”

Manchester United fans can’t decide who they hate most 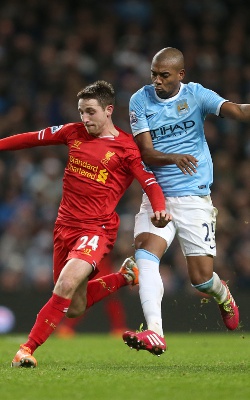 SUNDAYS Liverpool-City game has Manchester United fans agonising about who they least want to win the title.

The fans, who now have nothing better to do than moan about other teams, face the impossible decision of either backing the Red scum or the Blue scum.

United supporter Wayne Hayes said: “The thought of Liverpool being only one title behind us makes me unsteady with rage, but I walk past City fans and have to look at their smug, success-bloated faces every day.

Although at least City fans know theyre the playthings of oil money, rather than believing the title is a God-given reward for their natural Scouse superiority.

On reflection, I think it would probably be best if football stopped now.”

The teams are thought to be equally matched in terms of cheating foreign strikers, manager arrogance and token English players who will receive injuries that keep them out of the World Cup.

But at least the rest of us can be glad that Manchester fucking United arent winning it again.