New Coronation Street storyline to raise awareness about being Northern

SOAP opera Coronation Street is to tackle the emotive issue of being Northern in a new storyline, it has emerged.

The Manchester-set show has long explored complex social issues like divorce, racism, serial killing and tram crashes. Now they hope to examine the plight of Northerners in a hard-hitting look at one of society’s taboos.

Showrunner Joanna Kramer explained: “Historically we’ve not shied away from controversy. But we’ve always been scared to take on an issue that divides the country.

“I’m from Suffolk, which is a nice place, so I was wilfully ignorant of what Northern people go through. We have a duty to use our prime-time platform to explore what it’s really like to use short As, eat pies daily and talk to strangers on public transport.

“It’s an unflinching portrayal of a national problem and it will upset a few people. But many people have a Northerner in their life, and I think they’ll be touched to see them represented on screen.”

Viewer Sue Traherne said: “It’s sensationalism for sensationalism’s sake. Neither myself or Derek shall be watching. I don’t pay my TV licence for this.”

The six worst films to watch on a first date 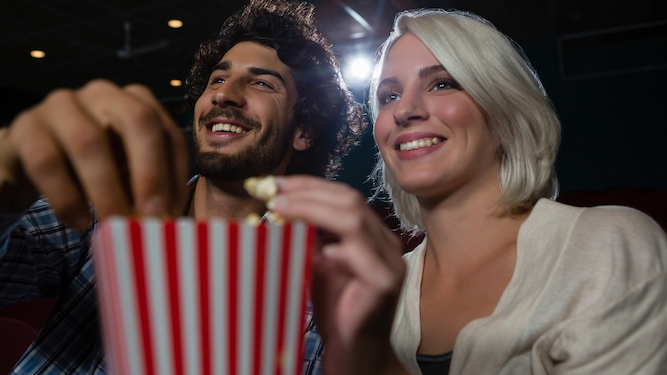 MEETING a date for a movie, the coward’s choice for anyone worried they’ll have nothing to say? Choose one of these and you’ll never see them again:

Beautiful Studio Ghibli animation about the American firebombing of Japan in 1945, following three children who – spoiler! – starve to death. Harrowing and worthy, there’s never a good time to watch it but there is a worst time; on a first date with a woman who said she loved animation but actually meant Disney.

You’ve got to share a sense of humour, right? So why not this absolute favourite of your younger years, a raunchy comedy classic about college pals? Except it’s aged terribly, is horribly offensive, and within ten minutes you’ll stop it to put on something less embarrassing like your recent colonoscopy.

Date not up to speed on the Marvel movies, and they’re very important to you? Invite him round to watch the last of a 22-film sequence, pausing frequently to explain who every character is, their origin and what they’re talking about. Film his reaction to Captain America swinging Thor’s hammer and be let down when he doesn’t even notice.

Your date will think he’s misheard you when you suggest this film, because surely you mean Baz Luhrmann’s 1996 masterpiece based on the Shakespeare play? No, you mean a low-budget movie about gnomes getting it on. Because you hope he’ll get so bored he’ll shag you.

You’d heard it was foreign and sexy: a perfectly classy night out at the local arthouse cinema to give entirely the wrong impression of you, as first dates should. Instead you sit through 108 minutes of disturbing pornography that ends with a castration. Your date leaves without a single word.