LONG-TERM couples are to get their own TV channel packed with content neither wants to watch but neither particularly objects to.

Resentful Compromise is a channel dedicated to disguising the fact that just because two people share a sofa every night does not mean they enjoy the same things in life.

“All our content will be infinitesimally more acceptable than your partner scrolling endlessly through the channels while you grimly say ‘put whatever you want on, I’m not bothered.’

“Rather than confront the underlying differences that mean you should be leading entirely separate lives, with a TV each, switch on RCTV and glance up at it grudgingly while pointedly remaining on your phone.

“Packed with tepid dramas and lame sitcoms, nothing in our schedule will be too gritty or too romantic. You’ll make it through entire films neither of you wanted to watch then go unsatisfied to bed. It’s the only channel you need.”

Joanna Kramer, who has been with partner Steve Malley for 16 years, said: “We had it on last night. It was crap. I blame him.”

Boss has taken course on how to be an arsehole remotely 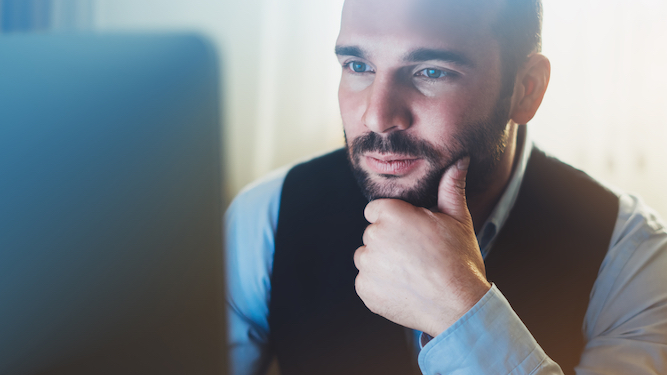 THE manager of an office has prepared for a new lockdown by taking an online course on how to be a twat to staff remotely.

Martin Bishop of Swindon booked in for the course in September, when it was obvious new lockdowns were coming and his staff had enjoyed the last one far too much.

He said: “Work isn’t about getting the job done, not at my mid-sized insurance branch office. It’s about the suffering I impose on you in the name of that work.

“There were far too many smiles back in November when that second lockdown was approaching. My mandatory twice-daily videoconferences on Teams put that to rest. Muting or turning off the camera gets you a verbal warning.

“The course taught me how to pop up randomly demanding you share your screen, how to invade every chat channel, and how to time always-negative feedback emails for maximum demoralisation.

“It’s like Joe on the course told me; not being able to belittle, undermine and intimidate in person actually frees you to do so much more digitally. Now they never know when they’re safe.”

Employee Hannah Tomlinson said: “Martin is on the cutting-edge of remote-working managerial twattery. But he still can’t stop me having a spliff at lunch.”