A FOLLOW-UP to the new John Lewis ad will show a trusting young boy screaming as millions of invasive alien eggs hatch from his body on Christmas Day.

The ad will be shown on Christmas morning, during Santa Claus The Movie, featuring the same boy who previously made an alien friend rushing down to open his presents.

When he spies a special present wrapped in silver foil he tears it open to find an extraterrestrial device, which starts pulsing strangely as he suddenly finds himself suffering agonising abdominal pain.

Advertising executive Jules Cook continued: “The rest of his family back away, terrified, as he jerks and thrashes before bursting open to shower the room in gore and a million star-shaped alien babies.

“We pan out to reveal this is happening in every home in the country and the world, and the newly-hatched otherworldly visitors are consuming humans for their food and painting huge bloody stars across our continents.

“It’s all done to a minor-key acoustic cover of Evisceration Plague by Cannibal Corpse. Should really bring footfall to John Lewis.” 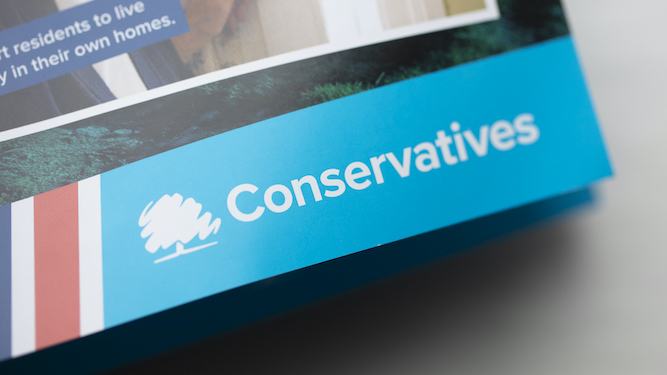 DO you vote Tory? Worried the party is mired in sleaze and corruption? Here, Tory MP Bill McKay explains why it isn’t.

It’s nice to help your friends out

Jacob Rees-Mogg recently extolled the benefits of the ‘convivial fraternal spirit’ of the Conservative party. Not only does this mean Tory MPs magically can’t catch Covid, it also allows us to get our mates out of trouble, even if it means trashing democracy in the process. That’s what friends are for.

We Conservatives are pro-enterprise, and what is doing a bit of business on the side for large sums of money if not enterprising? Lefty socialists will obviously try and paint it as corrupt, but that’s because they want to live off state handouts, the lazy bastards.

Parliamentary standards are a fussy distraction

Getting rid of parliamentary standards stops further distractions for our MPs in the future. Do we really want Boris to take his eye off the ball while he’s investigated over the tedious little claims that a party donor paid for his gold wallpaper? Of course not, he needs to keep his eyes on the prize, namely horsing about like an idiot. I mean, governing.

If you don’t get the result you want so you decide to set up another body who will definitely come up with the correct one, it’s not corruption, it’s persistence, resolve and determination. All good, honest Conservative values that we can we proud of.

At least we’re not the Labour Party

Whatever we Tories do, pointing out that we’re not the Labour Party is the ultimate get out of jail free card, even if it doesn’t make much sense. Extra points if you add something about how it’s their fault the economy is wrecked, as if we haven’t been in power for eleven years.