WERE you lucky enough to come of age in the greatest ever decade for nightlife, the 1980s? Here are the rules you followed.

Nightclub bouncers watched Miami Vice, agreed it was the height of sartorial elegance and anyone dressed like that could afford infinite rum and cokes, and imposed the same dress code on a generation of teenage boys. Pink shirt, tan chinos, slip-on loafers with little gold chains on.

Teenage girls, similarly trying to get into clubs while five years underage, cycled through a range of nonsensical never-revived fashion choices like cheerleader skirts, satin polka dot puffball skirts, and their dad’s blazer over a minidress, all anchored with a helmet of rock-solid highly flammable hair.

All the pubs – no exceptions – kicked out at 11pm. So all nightclubs – one per town – had queues outside from 10.30pm that took an hour to get to the front of. You were queuing and sobering up for an hour to get inside for a maximum of two hours, then got sent away for wearing casual shoes and because the girls you were with were obviously underage.

Lager was as new and exciting as cashpoints in the 1980s and yuppies drank it in adverts. Consequently every lad out there couldn’t wait to get a cool sharp Harp down them even though it tasted like fizzy piss. It was either that or Newcastle Brown.

Everybody smoked in the pubs, but nightclubs were that bit more grown-up so everybody smoked even more. There was a blue haze like a layer of milk a foot above everyone’s heads at all points, and by the end of the evening your eyes were streaming and you stank.

The wedding DJ who’s been playing the same set, made up of songs he personally likes and he doesn’t give a f**k if you don’t, was every nightclub DJ in the 80s. He talked over every track and his set climaxed with Black Lace’s ‘I Am The Music Man’, which includes the Dambusters theme, Match of the Day and ‘Here We Go’ and triggers a near-riot. 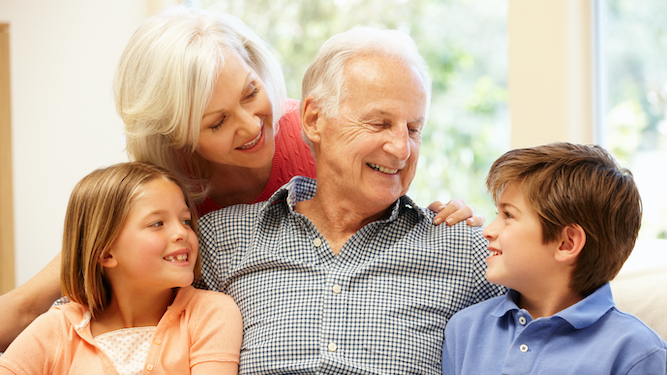 HAVING your parents around to look after your kids seems like a blessing, until you realise they’ve stopped giving a shit about discipline. Here’s how they’ll suck at babysitting.

Despite growing up in the 1980s your parents made it feel like rationing was still going on, and even being given something as innocuous as a Penguin bar was a massive deal. Now though, when they’re babysitting for you, you’ll return to find your child buzzed off their tits having eaten an entire sack of Haribo.

They don’t give a shit about routines

You’ve spent months trying to impose a regular sleeping schedule on the small unruly human you’ve birthed. Then, after your first night out all year, you come back at midnight to find your child still awake because ‘we don’t get to see him often’. Your parents leave happy and you spend the next two months picking up the pieces until they f**k it all up again on their next visit.

When you were a kid you were only allowed to watch children’s programmes between 3.30 and 5.30pm and if you strayed beyond those times your dad would cut the plug off the telly. Now your parents are retired and do f**k all other than watch TV, so they encourage your child to do the same.

You know your kid will fake a sore throat for a day off school, but your parents can’t believe that such an angelic little cherub could possibly be so manipulative. Beware of leaving them together during term time, as you’ll find your child has bunked off all week and been waited on hand and foot by the credulous idiots.

Despite being militantly against anyone giving you anything that might spoil you as a child, they are now enthusiastic givers of colossally expensive gifts. Nothing will buy a seven-year-old’s affection like a Playstation 5, so be prepared to play second fiddle for as long as your mum and dad live, which will be ages because they’re boomers.