Wii Family Argument uses state-of-the-art arguing technology to detect sensitive, inflammatory issues that have emerged over the festive period and then raise them with maximum antagonistic intent via its onscreen avatar, ‘Uncle Roy’.

A Nintendo spokesman said: “Uncle Roy is a highly sophisticated artificial intelligence designed to be massively bitter, indiscreet and surprisingly cunning for a drunkard who sleeps in his clothes.”

Uncle Roy lives alone in a bedsit in Charing Cross, spends most of his disposable income on prostitutes and eats muesli for his tea.

Game play is based on his resentment towards you since grandad died and left you his war medals, which Roy knew were valuable and firmly believed should have been his.

Invited for Christmas because of pity and obligation, he then stirs things as much as possible until someone punches him or he passes out.

The spokesman added: “Roy will exploit existing sources of tension – such as whether the kids should be allowed to stay up and watch Fatal Attraction – and create new ones by being a bastard.”

Revolutionary dual chip technology means that Wii Family Argument only takes about seven minutes to calculate a household’s darkest secrets and cannot be turned off.

The spokesman said: “You have to wait until the argument burns out, then sit in silence for at least an hour until someone grudgingly agrees to make the tea.

“If you try to turn it off prematurely Uncle Roy will repeatedly say, ‘No, you fucking leave it’ until you’re forced to either give up or smash the screen.”

Gove reinstates school sports if he can be picked first 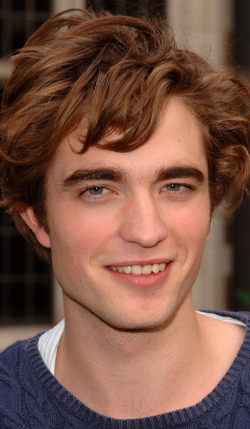 WEEDY education secretary Michael Gove has promised to reinstate school sports funding as long as he can be picked first by the tall, healthy boy who looks like Robert Pattinson.

Mr Gove has also raised the prospect of extra money if he can take all the penalties and free kicks and be shirts instead of skins.

The next year will see the 43 year-old minister shanking the ball into the long-jump pit and telling everyone he has been offered a trial by Man United but turned it down because he is a lifelong City fan.

He said: “I have enormous respect for the training facilities at Old Trafford but unfortunately the club library was woefully lacking in early Thackeray.”

Mr Gove’s mother said: “We always dreaded sports day, having to wash the skid marks out of his PE kit and telling him that just taking part was all that mattered when we knew deep down that it really, really wasn’t.

“When he lurched into a career in politics we were as naturally horrified as any parents would be, but it now seems it was all a ruse to get a small plastic cup with his name on it.”

Mr Gove added: “This funding will help establish once and for all who is the speccy ponce who can’t kick straight and who is not.

“And I think you will find that Robert has picked me because of my qualities as a footballist.”