NME to become a free sachet of hair gel

THE NME is to broaden its appeal by becoming a free sample of hair gel.

From September the magazine will refocus on its core mission of advertising hair products by becoming a small, condom-like sachet of blue grease.

Publisher Norman Steele said: “I don’t mind music, but people who get really into it are a bit weird. It’s hard to relate to them. But we all want a cool hairstyle.”

The decision has been welcomed by NME’s core audience of home counties teenagers who want to look vaguely rebellious but fundamentally conformist.

Steele added that in a nod to its print heritage, the hair gel sachet would have a picture of Pete Doherty on it at least 40 times a year. 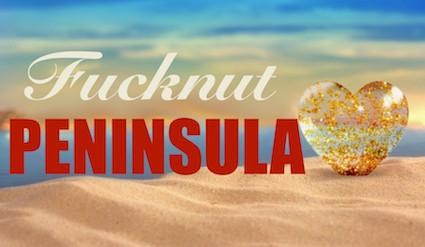 ITV reality show Love Island is to be retitled Fucknut Peninsula for the remainder of the current series.

The move follows claims that the show does not actually take place on an island and that the concept of love is entirely irrelevant to it.

Producer Emma Bradford said: “The ‘island’ isn’t Mallorca – that was too expensive – and it’s not even an island.

“It’s in the Solent and is actually surrounded by water on three sides, which makes it a small peninsula. But we didn’t want to get too bogged down in the schematics of it.

“And in fairness it’s not really about love but rather it’s about relative strangers having sex with each other on television. In fact you could argue that it’s an affront to any sort of genuine emotion.

“Being a total fucknut is top of the agenda though.”