A GROUP of music ‘experts’ were last night being assessed by
psychologists after Lily Allen won three awards for song writing.

Tests will establish whether the Ivor Novello Award judges are suffering from drug-induced auditory hallucinations, post-traumatic stress disorder or whether they just have some kind of inner ear infection.

Musicologist Julian Cook said: “How they pinpointed Lily Allen’s musicianship without an electron microscope is as big a mystery as why someone would pay for it in the first place.

“If I want to listen to a bored trustafarian tunelessly intone doggerel over a cod-reggae beat then… well… I would say goodbye to my wife, walk to the bottom of the garden and launch myself feet first into the wood chipper.

“The resultant cacophony will be more melodic than The Fear and mercifully half as long.”

Cook stressed the Ivor Novello awards have been a 55-year exercise in musical schizophrenia, as for every John Lennon that wins one there is a Gary Barlow waddling up to the podium like 17 stone of defective rhyming dictionary.

He added: “Which brings us, as it always must, to Mr Sting.

“The only legitimate way of presenting Sting with a bronze statuette is in a darkened alley, at great speed, and to the back of his beardy head.

“And with any luck he’ll be out for a late evening stroll with Bono and they’ll be meeting up with Robbie Williams and Coldplay.

“And Keane and Paolo Nuttini and Snow Patrol and that floppy haired nonce that used to be in the army and… I’m sorry, I blacked out for a moment there.”

I'd Play God, Says Everyone 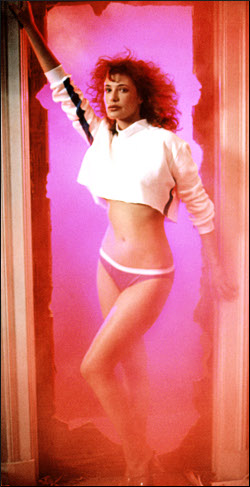 AS scientists created artificial life for the first time, people across Britain said if it was them they would be playing God like it was going out of fashion.

Geneticist Dr Craig Venter has been warned not to use his historic breakthrough to control the weather and invent day-glo animals with 20 heads or an eight-legged sheep that speaks Dutch and can fly a microlight.

Professor Henry Brubaker, of the Institute for Studies, said: “Most people become scientists because they’re desperate to create a menagerie of bizarre creatures and then hold the world to ransom with a test tube full of instantly lethal bacteria before having massive diamond statues erected in their honour in every city on Earth. I know I did.

“And that’s why Dr Venter should be arrested without delay and his research notes handed over to a reputable institute that specialises in studying things.”

But ordinary people have stressed that given the chance, they would be out there playing God every night until they made themselves puke.

Tom Logan, from York, said: “You could try and stop me except you wouldn’t be able to because I’d be God and you’d be you and I’d win – really easily.

“I would take over the entire top floor of the Dorchester – so I guess that would become Heaven – and all those who disobey my commandments will quake with fear and bow down in penitence at the very mention of my name. And yes, I am talking about you Brian Dawson, you fucking arsehole.”

He added: “Naturally I would use artificial life to clean up environmental pollution and cure diseases, but of course my first order of business would be creating a women that looks like Kelly Le Brock in Weird Science.

“To be honest, I’d probably make about a million of them and wear them out one by one.”

Bill McKay, from Finsbury Park, said: “I actually think we have to be very careful about who is allowed to play God. And after giving it a great deal of thought, I really think it should be me.”

He added: “I’ll be very nice – at first – curing diseases and making it rain in Africa, but then I suspect I’d get all bored and fidgety and start doing all kinds of weird, crazy shit. Quite a lot of it involving Billie Piper, Charlotte Church and a long, thin sponge.