BRITAIN'S favourite pantomime stars are demanding the right to litter their performances with profanity and smut. The move follows criticism of Lucy Pankhurst, the 13 year-old star of Aladdin at Dorking Community Theatre in Surrey, who shocked her audience by replying: "Oh no he fucking isn't, you bunch of shits".

The teenage prodigy was also accused of ruining the cermonial switch-on of the town's Christmas lights when she referred to the Mayor and his wife as a 'pair of tubby bastards'.

But panto stalwarts have leapt to her defence, insisting it is time to add a new dimension to the festive shows.

Barbara Windsor, who as played every character in pantomime, said: "That little girl spoke for all of us when she hurled spiteful, unprovoked abuse at two dedicated public servants."

She added: "Last year the children at my pantomime were bored with the same old jokes. I have a very strong sense when it comes to audiences, and I think they wanted me to swear.

"Sure enough, when I was signing autographs at the stage door, a darling little six year-old boy looked up at me with sadness in his eyes and said 'Auntie Barbara, why won't they let you say pissflaps?'"

The campaign is demanding key script changes in time for the 2007 season including, 'fuck me, it's midnight already' and 'wish harder, motherfuckers'.

Meanwhile in Macclesfield, despite strenuous protests from councillors, the cast and crew of Jack and the Beanstalk have changed the name of the show to Beans is it? You Fucking Twat.

England Players Vow To Spend Their Way Out Of Depression 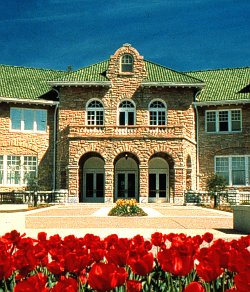 DAVID Beckham is to buy himself a Bugatti Veyron, a diamond covered horse and the nation of Equitorial Guinea in a bid to ease the pain of England's Euro 2008 failure. Beckham said the England squad was hurting and confused, to the extent that many could not remember which of their homes they were supposed to go to after the game.

"It was a poor performance. The only explanation I can think of is that maybe we're not paid enough," he said.

Scott Carson, the rookie goalkeeper blamed for England's shock exit, said it was only the thought of his indoor heated swimming pool, sauna and fitness room which kept him going.

He said: "If it wasn't for the Fabergé quad bike, the Maserati jet ski and the Patek Phillipe sandwich toaster, I think I'd have slit my wrists in my sunken bath and its eight whirlpool massage jets."

Stephen Gerrard said the pain of defeat was so intense he had to be carried from the dressing room to his Aston Martin in a sedan chair.

He said: "I don't know if buying a third Jacobean mansion and filling it with solid gold eggs will help, but for God's sake I've got to try."

Rio Ferdinand said he would cheer himself up by paying Paul Gascoigne £1 million to recreate his 1996 wonder goal against Scotland in his back garden 'over and over again'.

Reg Hollis, 53, a lifelong England fan, said he could appreciate that the football stars were hurting but thought they might get over it. "I'm hurting too," he said. "And I'm absolutely fucking skint."