A MAN who introduces himself as a ‘part-time DJ’ manages to also hold down a full-time position as a twat.

Tom Logan, aged 25, tells friends, colleagues, acquantainces, shop assistants and strangers in the pub that he ‘works’ playing music for others, a statement which thus far has impressed literally nobody.

Sister Jenny Logan said: “If Tom put in as many hours on the decks as he puts in banging on about being on the decks he’d be fucking Deadmaus.

“Unfortunately I’m not really sure the DJing is ever going to become his main occupation as he likes to claim because he’s simply too busy being a wanker.

“I’ve been to bars where he’s performed – it’s not like he’s in a band, there’s only so badly you can fuck up playing other people’s music – and I’ll be honest, he even DJs like a knob.

“It shows an amazing work ethic to manage to balance being a below-average insurance administrator, a piss-average DJ and a complete and unmitigated prick.”

Tom said: “I’m basically Calvin Harris, but I earn £25 per night if the bar take’s above £500. But I doubt Calvin could also secure a promotion to executive administrator at a mid-range insurance firm.” 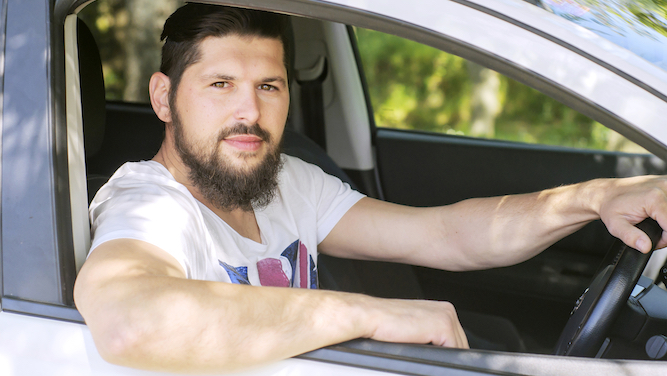 A DRIVER of 15 years’ standing still expects his excellent parking skills to be commented on by anyone in the passenger seat.

Joseph Turner has been driving for almost half his life but demands admiration for his mastery of the parking manoeuvres.

He said: “If you’re not the driver, you don’t think about the care and precision required to back into a tight spot. Let alone being eagle-eyed enough to find the optimum space in the first instance.

“Last summer on holiday I parallel parked on a one-lane street in the centre of a busy Greek island hill town. It worked first time, in a hire car I wasn’t even familiar with.

“My girlfriend got straight out without saying anything, like I was her Uber driver.”

He added: “Sometimes I say things as I switch off the engine like, ‘Dead on,’ or ‘We were lucky to find this space, weren’t we?’ but nobody ever takes the hint.

“I wish my old driving instructor Rob was still in the car with me. ‘Great parking, Joe,’ he always used to say.”