AC/DC drummer Phil Rudd has been targeted by an international conspiracy to discredit drummers, it has been claimed.

Rudd has been charged with hiring a hitman in New Zealand, in what drummers have claimed is a ‘classic, anti-drummer stitch-up’.

Drummer Mick Johnson said: “They use all kinds of tactics. They even started a rumour that all drummers have the same dad and that we’re called Mick, Phil or Roger.

“If that was true, then what about Ringo? He was a drummer.

Drummer Mick Logan, added: “They hate us because we are free. We are the wild ones. We are Animal.” 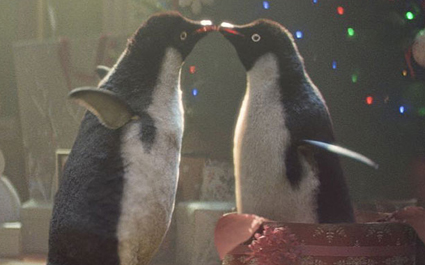 THE John Lewis Christmas advert has been condemned for promoting the trade in penguin sex slaves.

The commercial tells the story of a boy whose pet penguin is lonely, so he buys it a lady penguin to fuck.

“You can tell from his expression that Monty is evil. God knows what that beady-eyed waddling pervert has in store for her.

“Female penguins should be allowed to have their own hopes and dreams. Boycott John Lewis.”