Engineers warn ‘Cheesegrater’ building may be full of capitalist sociopaths

A LANDMARK office building in the City of London could be full of people who are basically werewolves, it has emerged.

Experts warned the Leadenhall Building, nicknamed the ’Cheesegrater’, posed a threat to both pedestrians and everybody in the world.

Structural engineer Martin Bishop said: “You can see from the outside that it’s an unsafe building because it was clearly designed to be attractive to utter fucking bastards.

“It’s all glass and steel and is just begging to be filled up with the sort of dynamic, immoral shit-heaps who are always just five minutes away from destroying absolutely everything.”

Julian Cook, an investment banker who works in the ‘Cheesegrater’, said: “We all go up the 23rd floor and drop large bolts onto the street.

“If you kill someone you get a million quid.” 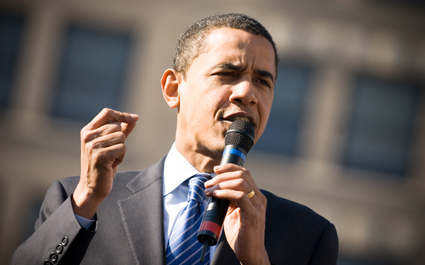 BARACK Obama is to devote the pointless remainder of his presidency to being deliberately antagonistic.

With the Republicans now in charge of both Senate and Congress making it impossible for him to do anything worthwhile, the president has said he intends to be as un-American as possible in his last two years in charge.

He said: “In accordance with your demented suspicions, I’m changing my name to ‘Saddam Hussein Obamacare’ and returning to my native homeland Kenya.

“Yes, that’s right. Despite all factual evidence to the contrary, that’s where I was born.

“You may think I killed Bin Laden after a long and arduous search, but actually he’s fine and we are going to hang out.”

The President said that he intended to divide his time between a leisurely luxury safari and doing voodoo socialist dances.

While in Kenya, Obama has left instructions with staff that the White House and all its facilities be thrown open to minorities and special interest groups to live it up courtesy of the taxpayer.

He added: “The codes for the nukes are in the top left hand desk drawer.”