THE star of popular films such as Alsatian D’Amour and Goatse Rampage has admitted appearing on ITV’s X-Factor.

Donna Sheridan, the 33 year-old inventor of ‘gumping’, said she auditioned for the TV talent show in 2007.

“I was lined up to do volume 26 of Donna’s Sheridan’s Nine-Way Gump-Fest with Dirty Bob the Scouse Pensioner but sadly the producers were gunned down in a hail of bullets.

“Doing an ITV talent show seemed like the only way I could keep my house. I know a lot of people will judge me, but in my situation they’d probably do the same.”

Donna admitted her parents cut her off after seeing her on ITV doing a shameful and degrading Whitney Houston impersonation.

She added “My mum was in tears saying they did not spend Â£5,000 teaching me how to do a reverse Dutch steamboat only for me to end up working with Dannii Minogue.

“After the show I felt soiled. I sat in the shower crying and listening to Wicked Game by Chris Isaak on a loop.”

“Anyone who watched Opportunity Knocks circa 1990 might remember a girl who looked suspiciously like Tera Patrick performing a breath-takingly graphic version of Clive Dunn’s Grandad.”

He added: ‘Some think of TV talent show acts as little more than Simon Cowell’s glove-puppet-of-the-week to be tossed in the fame bin and sent to the landfill of broken dreams.

“But the fact is many of them go on to suck big, fat cocks at the very highest level.” 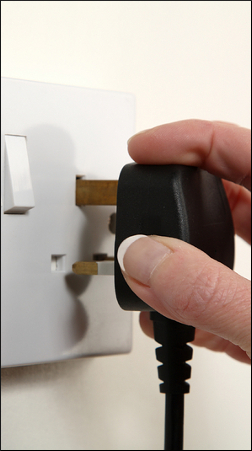 THE BBC is to launch an ambitious Â£200m initiative which could eventually lead to it not interrupting every single one of its own television programmes.

The corporation said it was responding to viewer demand after 420 million people complained about the last five minutes of Doctor Who being comprehensively ruined by a gay caption.

Director general Mark Thompson said: “Over the years the BBC has invested Â£1.7bn on the machines we use to make those little graphics that pop up at the end of your favourite shows to advertise your other favourite shows.

“The next stage of the digital revolution will be to work out how not to use those machines at that particular moment.”

The scheme will explore a series of options including asking the man who makes the graphics appear on the screen not to do it just yet, unplugging the machine when a programme is on and creating a digitised version of Christine Bleakley to pop up five minutes before the end of each programme and announce that there will be no annoying graphics to spoil your viewing enjoyment.

The budget will also include Â£100m for the BBC’s top 4000 executives to travel to 37 foreign countries to find out how they manage to not interrupt their own programmes.

Mr Thompson added: “The Norwegians have an interesting approach to this which is to wait until one programme is finished before promoting the other programmes. But if Norway told you to jump off a cliff would you do it?

“What I need to do is meet the head of the Norwegian Broadcasting Corporation at the Hotel Du Cap in Antibes and ask him to tell me to jump off a cliff. And then we’ll take it from there.”

Meanwhile friends of Britain’s Doctor Who fans have admitted that it may now be time to stage some sort of intervention.

Joanna Kramer, friend of a 46 year-old Whovianist from Stevenage said: “It was just a little graphic along the bottom of the screen. I know it’s quite annoying but healthy people who are in control of their own lives do not use up valuable, never-to-be-repeated minutes to actually complain about something like that.