Princess Peach, and other video game characters that you weirdly fancied

DESPITE them being made up of about 40 pixels, your adolescent brain found a way to fancy these characters from 90s video games:

Way before she was portrayed by Angelina Jolie and became an acceptable sex symbol, you were obsessively fantasising about Lara Croft and her alluring cuboid breasts. Of course you could never tell your friends that you had the horn for a tiny digital woman who murdered dinosaurs, so you just pretended to fancy Posh Spice like everyone else.

Yes, she was little more than the outline of a vaguely female form with no discernible facial features wearing a hot pink dress and a crown, but that didn’t stop your dirty little teenage brain going into overdrive. Unfortunately for you she seemed to be in a complicated relationship with an Italian plumber. Although sometimes you had weird thoughts about him too.

The idea of a former police officer forced to murder swathes of zombies created by an evil pharmaceutical company might not sound like something that would spark a sexual awakening. However, that didn’t stop your teenage self, tragically unable to get any attention from the real-life females at school, from considering this poorly rendered cyber-lady as an object of lust.

As if being attracted to a computerised person wasn’t embarrassing enough, you somehow managed to get the hots for an eroticised digital fox. While everyone goes through weird phases as a teenager, it’s probably best that you never, ever tell anyone about this.

Despite being an elf who spent most of her time incarcerated by kidnappers, as well as just being a piece of code in a video game, you dared to dream that you could somehow make it work with Princess Zelda. While you mostly got over this bump in your adolescent development, you’ve maintained a soft spot for anyone with excessively pointy ears.

DC vs. Marvel debates, and other things you wish were cool when you were a kid 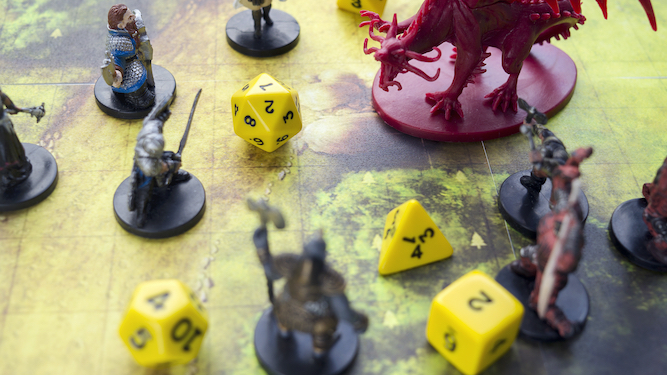 EMBARRASSING pursuits that used to get you beaten up are now cool. Here’s what you wish was socially acceptable when you were young:

Arguing over which fictional comic book universe is better took up a lot of your time growing up, and coincidentally so did getting bullied and remaining terminally single. In the current age of DC and Marvel cinematic universes though, knowing the difference between Hawkman and Hawkeye would earn you respectful nods of approval. Plus everyone knows Marvel is clearly superior.

Thanks to the enthusiasm of TikTok railway enthusiast Francis Bourgeois, trainspotting is no longer the preserve of acne-ridden weirdos who were rejected from the Doctor Who Appreciation Society for being too square. Although now it’s attracting Zoomers who reduce the entirety of human experience to insufferable, meme-based content, so perhaps the scene has got worse.

Being a bit too into computers

At the time, spending hours hunched over your BBC Micro trying to program the next Manic Miner was uncool, but these days that sort of technical wizardry would earn you millions. Just think, out of all of human history the usefulness of your nerdy talents was only out by a couple of decades. Or don’t, it’s probably better for your sanity.

The tabletop role-playing fad had died down by the time you were the right age for it, meaning you had to make do with secretly playing Fighting Fantasy books cleverly concealed behind an issue of FHM. D&D is currently enjoying a trendy renaissance after being popularised by Stranger Things, but tragically you’re still not cool enough for anyone to ask you to join their game.

Admittedly it’s not so much cool now as a grim, soul-destroying slog through the dregs of humanity, but at least it’s somewhat normalised. Back in the day if you told your friends you were looking for a partner online they’d think it was a coded cry for help and this was your way of tipping them off. Actually, maybe things haven’t changed that much.