Producers reassure fans James Bond will still be a prick

THE producers of upcoming Bond film No Time To Die have reassured audiences that he will still be the same old offensive ars*hole.

Claims that the 25th movie will be the most politically correct yet have been dismissed by producer Thomas Logan, who confirmed that Bond will be just as much of an up-himself sneering bastard as ever.

Logan continued: “He might have handed back his double-O licence, but he’s still a class-A prick.

“He’ll be laughing contemptuously at foreigners while driving through their homes, treating women as interchangeable sex objects, and making raised-eyebrow quips about opponents homosexual proclivities before shooting them.

“Yes, Phoebe Waller-Bridge is writing, but only to add her delightful edge of posh-girl cruelty. This is a Bond who voted Leave, eats red meat and is back on 20 B&H a day.”

58-year-old Stephen Malley said: “It would be another win for the liberal elite if James Bond wasn’t a xenophobic d*ckhead. Bring back the days of him fighting Chinese dwarves.” 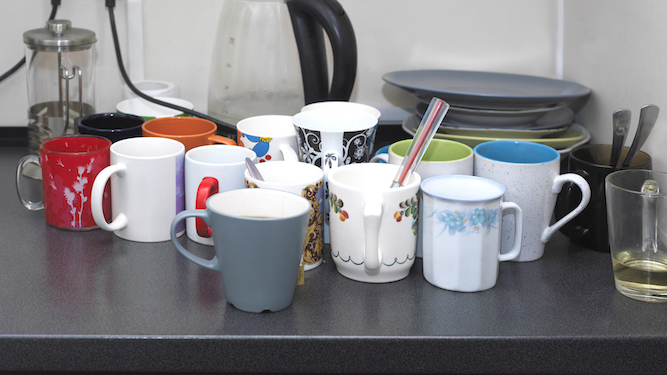 A BOSS has made the tea for the first time this millennium, his office has confirmed.

CEO Stephen Malley left his office wondering why his PA had not brought him his tea, was drawn into conversation and ended up offering to make tea to impress a woman from audit.

Underling Nikki Hollis, aged 35, said: “There was a stunned silence at first. I think we were all unconsciously groping for a way to stop him.

“I’ve worked here 13 years and it’s never happened. Marie’s been here forever and she can’t put an exact date on it, but she’s pretty sure it was before Radiohead went crap.

“Then we started to realise that we were giving him an extremely complex tea order and he doesn’t know where the mugs, the coffee, the tea, the sugar, the kettle or possibly the kitchen are, and we all swung into action to help.

“I asked for a green tea, which I made entirely myself while he congratulated himself for making a green tea for the first time.”

“Then we all had to loudly drink them and savour them while he stood there, hands on hips, like a toddler after a successful dump. It killed productivity for an hour.”

Malley said: “I’m not paying them to drink tea all day. Redundancies.”