MUSIC fans say high prices at Reading are making it impossible to shower acts in urine.

The festival is charging £10 for a 250ml bottle, up 20 percent on last year, and has banned fans from using any urine they may have brought with them.

Tom Booker, from Basingstoke, said: “With acts like Post Malone and The Wombats, this year’s festival is a piss-thrower’s dream.

“But I can’t afford the £40 it’s going to take to thoroughly soak Liam Gallagher in human waste.

“Next year I’ll stay home and throw my own urine at my own television.” 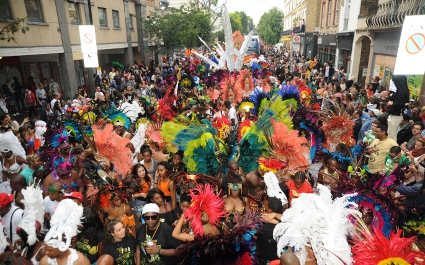 NON-RESIDENTS of Notting Hill are looking forward to this year’s chance to destroy the affluent London borough with impunity.

Thousands will flock to this weekend’s carnival to throw cans of Red Stripe at oligarchs and vomit in Richard Curtis’s garden without any fear of being arrested.

Wayne Hayes said: “I’ll never be rich enough to live in Notting Hill, so ruining it for the people who live there is the next best thing.

“It’s great to combine my love of Caribbean culture with my fondness for overpriced fast food, taunting police officers and smashing shop windows.”

Meanwhile, residents of Notting Hill are packing Dom Perignon for their annual excursion to Brixton, where they will paint the doors of residents’ houses in Farrow & Ball colours.