THE world's leading record companies have joined forces to call for a ban on whistling, claiming it is an infringement of copyright.

A spokesman for Sony Records said: "Every year we are losing more than $200 trillion thanks to a loophole that allows human beings to whistle.

"Frank Sinatra was forced to sell two of his boats because he was unable to collect royalties from busy old men whistling Strangers in the Night."

Under the proposals whistling will be banned unless the whistler is prepared to pay 79p for each song or part of a song.

Anyone who continues to whistle without paying will be served with a banning order.

If they breach the banning order they will have their lips stapled shut and be fed through a tube.

A spokesman for the Disney Corporation warned: "Let's be clear on this. If you whistle Whistle While You Work while you work we'll make all your nightmares come true." 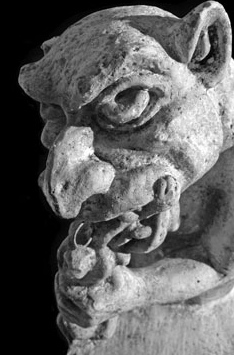 A LEADING Scots hairdresser has opened a portal to the underworld in his Glasgow salon to satisfy the growing demand for paranormal coiffeuring.

John Comerbund, of Comerbund Hairdressing in Gribson Street in Glasgow's West End, said an increasing number of clients were looking for ways to contact deceased relatives, historical figures, and members of the undead while having their hair cut.

He said the service was already proving a big hit and that so far clients had raised a number of significant individuals from the past, including Napoleon, Cleopatra and Rikki Fulton.

However, he said he did request customers not to use the portal to summon up Pure Evil, especially on Fridays or at the weekend when the salon was particularly busy.

Mr Comerbund said: “I am happy to have controversial phantasms such as Stalin appearing within the salon most days, I mean there are two sides to most stories, and some of these guys have some great tales to tell.

“But I will not have clients calling up Satan and all his minions for obvious reasons. The stench is unbearable and the sulphurous nature of the Evil One plays havoc with people’s follicles.”

The Daily Mash’s own resident clairvoyant Psychic Bob welcomed the move saying it was high time a new underworld portal was opened in Scotland’s biggest city.

He said that the existing portals were all heavily oversubscribed leading to long delays for good and evil spirits attempting to enter the human sphere.

“It is worse than the M8 in rush-hour,” he said. “I have been on at the council about this for ages but they just act as if the problem does not exist.”