MUSIC fans have been warned that the Red Hot Chili Peppers still exist.

Although the band predates the Battle of Hastings, last night there was a confirmed sighting of their ancient gnarled torsos on stage.

Music fan Nikki Hollis said: “They must have enough money to keep themselves in chest wax and cock socks by now, surely?

“Are they victims of an ancient curse which dooms them to play awful slap-bass jock pop for all eternity until the earth itself withers and dies? Are they part of some grotesque $1 bet with Duran Duran to see who’ll give up first?

“And most baffling of all, why are they on Radio 6 every twenty bastard minutes?”

Red Hot Chili Peppers, or RHCP as they’re known after the retching sound induced by their work, shot to fame in 1991 with Give It Away a paean to how superb penises are.

They have gone on to rack up dozens of singles alternately singing about their genitals or the fact they come from California, a fact that seems to endlessly fascinate the band.

Hollis said: “Just knowing they’re out there, waiting to pounce on another festival crowd with their interminable funk stylings, is chilling.” 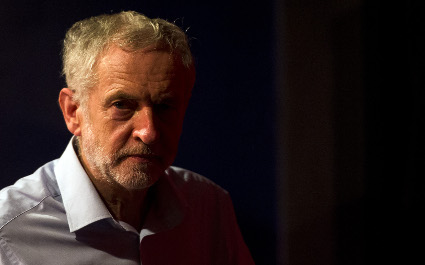 Party activist and friend Donna Sheridan used to be pleased to see Corbyn, but now feels he is incapable of taking the hint that it is time to finish his biscuit and go.

Sheridan said: “Once he gets settled with a Maryland cookie and a good discussion about the Venezuelan labour movement, it’s impossible to shift him.

“Even if I drop heavy hints like saying I got up early and I’m practically falling asleep, he can’t seem to grasp that it really is time to fuck off.

“Last week I told him I had to get dinner ready, but he mentioned he was only having boiled vegetables at home so I had to let him stick around for lasagne.

“Once I asked him to leave directly, but he said the fact that I’d invited him over gave him a clear mandate to have more cups of tea unless it was put to a vote by all party members.”

Corbyn said: “I fully admit I once stayed overnight on Donna’s sofa and helped myself to Weetabix, but that was due to the lack of a local night bus service caused by years of Tory underinvestment.”