THE EU referendum was a marketing gimmick for a big-budget American science fiction film, it has emerged.

The producers of Independence Day: Resurgence, sequel to the poor quality 90s alien invasion film Independence Day, confirmed that they paid everyone involved and even helped UKIP with some poster designs.

Director Roland Emmerich said: “When Will Smith firmly refused to return for the sequel, we decided to spend his fee on a big, eye-catching stunt designed to excite audiences about the film’s tired themes of ‘independence’ and ‘freedom’.

“After an intense brainstorming session we decided that to have a small, economically unviable island stage its own ‘independence day’ by making a stand against the alien mothership Brussels.

“This was surprisingly cheap to arrange. Farage and Cameron got on board for eight thousand apiece. That’s dollars, not pounds.

“Boris Johnson’s agent held out for a low five-figure sum and a selection of fine cheeses, which he thought was some real tough talk but to us it seemed almost pitiful.”

The film features a cameo from George Osborne as pilot Pete ‘Posh’ Danvers, who gets strangled by a tentacle before being pulped and fed to alien hatchlings as a form of liquid nutrient. 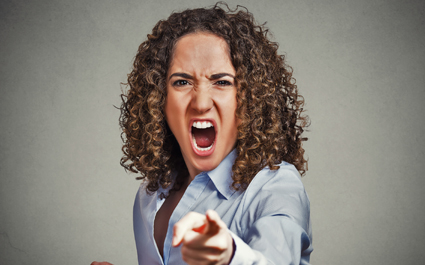 MILLIONS of Britons are furious that they were allowed to vote on leaving the EU, they have announced.

Voters condemned the government’s irresponsible attitude after it failed to stop them voting in a referendum which they chose to be completely ignorant about.

Sales executive Tom Logan said: “Why wasn’t I stopped? I got all my information from skim-reading a jokey article in the Sun. I should never have been let near a polling station.

“The police could have tasered me on my way to vote and locked me up until after 10pm.”

Pensioner Mary Fisher said: “I decided solely on the basis of an anecdote from my granddaughter, who said the Job Centre tells you not to bother applying for jobs because they all go to immigrants.

“Now I’m worried I’ve done the wrong thing but I blame the government for not sending a civil servant round to explain it all to me in person. Not when Emmerdale was on, obviously.”

Marketing assistant Nikki Hollis said: “They shouldn’t have let me vote because I enjoy animated films about talking fish have a t-shirt that just says ‘CAKE’ on it, but it’s okay because I’ll just go back to the polling station tomorrow and change it.”